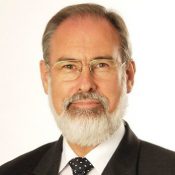 SIMON Corbell has announced the appointment of Graeme Neate AM as President of the ACT Civil and Administrative Tribunal.

“Mr Neate will serve as President for a period of seven years, following the retirement of Linda Crebbin in January 2017,” Simon said.

“I would like to thank Ms Crebbin for her service to the Tribunal as General President since 2008, and then more recently as Appeal President as well.

“Under her leadership, the ACAT has become a vital part of the ACT’s justice system and her commitment to the Tribunal and the ACT community has been highly valued.

“Mr Neate brings a wealth of experience across a broad range of disciplines and I am confident that his appointment as President will ensure that the Tribunal continues to provide the highest quality services to the ACT community.

“Mr Neate is presently serving as an Industrial Commissioner of the Queensland Industrial Relations Commission, following his role as President of the National Native Title Tribunal.

“In the 2015 Queen’s Birthday Honours, Mr Neate was appointed a member of the Order of Australia for his significant service to the law as a leading contributor to Indigenous land rights and to legal education.

“With his extensive leadership experience in Tribunals, strong decision-making skills and collegiate and collaborative spirit, I am confident Mr Neate will be an effective leader with a strong community focus,” Mr Corbell said.

“I congratulate Mr Neate on his appointment and thank him for his willingness to serve the people of the ACT.”