WE have lived in Canberra since Easter 2000. When we moved here I was inspired, proud maybe of how the streets and parks around Canberra looked. 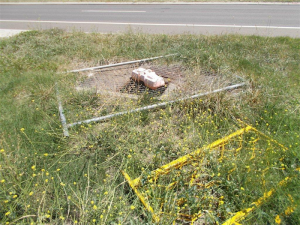 Paths in the reserves were clean, street sweepers were out and about, there was minimal rubbish laying around and it was picked up fairly quickly if there was indeed there was any on the sides of the road or in the reserves.

But the longer we have lived here, the more the city seems to have fallen into disrepair (don’t even get me started on the disgusting state of the Jolimont Centre!)

I walk my dog seven days a week in the early morning around Kambah. The pathways in the reserves are clogged up with silt and, even though I am not a cyclist, it would be peril for any cyclist riding around that area. There are a lot of broken pathways around as well.

The grass-mowing guys really need to be followed around with other guys with smaller mowers to finish off the job. There are so many areas where it looks so untidy with seemingly a half-arsed job done. Then there are the weeds along the sides of the streets, under handrails, at bus stops, under traffic signs… the list is endless.

There is rubbish on playing fields, in the deeper bush areas, on the median strips and in the bush areas off to the side.

I was in Dickson the other day and noticed lots of rubbish in the walkway between some shops (like someone had dumped a whole pile of garbage there). I had reason to go back on the weekend and the rubbish was STILL there!.

Our beautiful Canberra is looking a lot worse for wear, I’m sorry to say.

Michelle Grattan - March 3, 2021
0
Nearly one in five Chinese-Australians said they had been physically threatened or attacked in a recent Lowy poll, writes political columnist MICHELLE GRATTAN.