PAMPLONA is the home of the “Running of the Bulls”, without question the biggest, craziest, action-packed festival on earth, where thousands take on the challenge of out-running rampaging bulls without getting seriously injured or even killed.

We have a similar, daily event in Canberra with the possibility of the same risk of injury or death. It is getting ever more popular, namely the “Running of the Red Lights”. 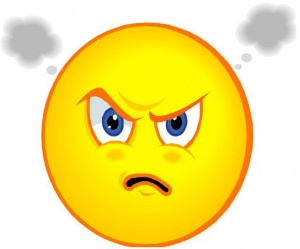 This practice is now getting totally out of control. As an example, driving from Civic to Dickson recently at 5.30pm, 11 red-light runners were seen; yes, red lights, not amber.

One of the best vantage points for viewing this local event is between 7am and 9am at the intersection of Flemington Road and the Federal Highway.

We are also fortunate in having numerous speedways, almost at our doorstep. Possibly the best one is the Tuggeranong speedway, which continues on to the Gungahlin Drive speedway, giving plenty of distance to get up to speed.

Don't try staying on the speed limit or you tempt danger, especially from the 4WD bully boys, of whom I suggest are eligible to join the AAA Club (Arrogant And Aggressive).

Ute drivers are in a class of their own, especially with the dangerous combination of a powerful engine and P plates.

Then we have an amazing number of drivers unhappy with the shape of their cars; why else would they enjoy the sport of tailgating?

It is interesting that so many modern cars are not fitted with indicator turning signals; why else would they not be used?

I drive regularly in Britain and Europe every couple of years from country lanes to high-speed motorways and without a doubt consider Canberra drivers the worst and most inconsiderate in the world.

It is just not possible to have enough police to change driver attitudes as deaths on our roads in the ACT last year climbed to 15 with 603 accidents resulting in injury.