The new laws mean that while driving, you can use your mobile phone (a) to make or answer a call, (b) to play music, or (c) as a navigation aid, if the phone is in a fixed cradle and doesn’t obscure your view of the road.

But you cannot use your phone for texting, email, social media, taking photos, video messaging or holding in any way. Period.

So, let me get this straight: taking your eyes off the road and using your phone like a GPS is apparently fine. But God help you if you keep your eyes on the road and hold it to your head!

As the parent of a teenage driver, I’m always lecturing my daughter about driver safety. I’m constantly banging on about not getting behind the wheel if you’re tired, affected by alcohol, drugs (legal or illegal), or angry because you had an argument with a friend. The other message I’ve always hit home is to never text and drive. No one can argue that that is not a lethal cocktail. I applaud the campaigns and television advertising highlighting the known dangers.

But here is where my praise stops.

Most new cars are fitted with all manner of complicated gadgetry to supposedly “assist” the driver and make the car safer. So why is it okay to take your eyes off the road to fiddle with a touch screen to make a radio station selection? Don’t get me started on the level of distraction a satellite navigation system poses, or working out how to get your windscreen de-misted. Some models now even control the air-conditioner through a centralised touch screen. So how are any of these things any less dangerous than trying to text, let alone talking into a phone?

And, as for talking, police, emergency services workers, and truck drivers all use handsets – no problem. So how is holding a phone to your head any more distracting than using a CB radio or talking to a passenger while having a sip from your coffee in the cup holder?

When is the government going to look at this sensibly? 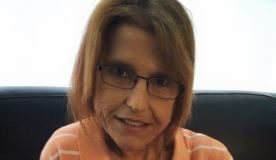