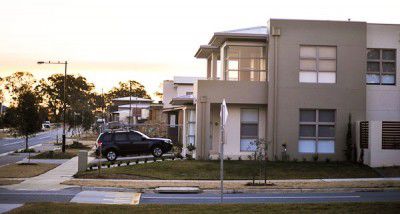 “The ACT was one of only two jurisdictions to experience a deterioration of housing affordability during the September 2016 quarter,” said Greg.

“The affordability index for the ACT is estimated to have worsened by 1.5% during the September 2016 quarter, and is 6.3% less favourable than a year earlier.

“The result for the ACT shows that affordability is a bigger problem than any time since the final quarter of 2012. Amongst Australia’s eight capital cities, Canberra is the third most challenging in terms of affordability after Sydney and Melbourne.

“For a family with an average gross household earnings in the Territory, a mortgage on a median priced home will take up around 37% of their budget. This is above what is generally recognised as the manageable level of 30%.”

“Over the 12 month period measured by the report, average earnings are estimated to have increased by only 1.1% which impacts negatively on the report’s outcome.

“House price growth has been the biggest contributor to the fall in the index, which in itself is not altogether bad considering that house prices have only risen modestly over recent years.

“With an election coming this weekend, it is an ideal opportunity for whoever forms government to reboot the housing affordability debate in Canberra, starting with bringing more land to market and reducing much of the red tape and regulatory hurdles that hamper delivery of new housing.”