The National Portrait Gallery is at it again, having entered this year’s international Museum ‘Dance-Off’ competition with their video clip, “Can’t get Hugh out of my head,” and the public will have to help by voting for them. 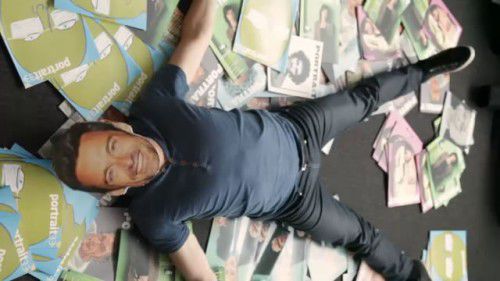 Set to Kylie Minogue’s “Can’t get you out of my head”, the dance video features the gallery mean mover,  director Angus Trumble in a bewildering dream about one of Australia’s favourite faces, Hugh Jackman, all the while taking an inside look at the creativity and imaginings of the Gallery’s staff..

Two years ago they did a similar thing to Janell Monae’s “Tightrope” while giving us behind-the-scenes portrait of the ‘ever-happy and hip-shakin’ team at the gallery.

But, it wasn’t their year and now it’s time to take home the trophy.

As the only Canberra institution competing in this year’s Museum Dance-Off competition hosted by the blog site “When You Work at a Museum”, they need all the support they can muster to propel the Portrait Gallery through Round One and into the next phase of the competition.

With four rounds in total and over 35 international museums competing, if they  make it through to the next round it’s a face-off between the Gallery and a museum from across the ocean as they  both compete to progress to the semi-finals.

“We just can’t get Hugh out of our head – can you?” they’re asking.

CityNews - May 20, 2020
0
Canberra will move from stage one restrictions to stage two from midnight May 29, says ACT Chief Minister Andrew Barr.