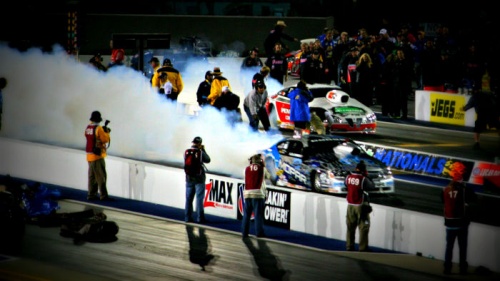 JOEL McKay, independent candidate for Brindabella, is calling on the next ACT Government to fund a new Canberra International Dragway.?

“For many years now, Canberra motorsport enthusiasts have been calling for a new international dragway,” Joel said.

“At the same time, the ACT Government has been trying to diversify the economy through tourism. Why isn’t a new international dragway forming part of the discussion? A dragway is a tried and tested solution to increase tourism and support Canberra businesses.

“Prior to its closure in the late 1990’s, the Canberra International Dragway attracted over 18,000 interstate visitors annually, and provided millions of dollars in revenue to the ACT economy. A new dragway would not only deliver an economic boost to the ACT, but it would also provide a safe place for passionate drivers to enjoy their vehicles.

“The main opposition to a dragway was centred around noise complaints. The issue of noise pollution is a valid concern and must be addressed. The Government should explore the option of building near Sutton Road, behind the existing Canberra Kart Racing Club. This location would provide a large buffer from residential areas and create a one stop motorsport precinct in Canberra.

“Members of the motorsport community invest a significant amount of time and money into their vehicles. However, the ACT has no legal outlet for drivers seeking to test the limits and performance of their vehicles. This can result in some drivers undertaking illegal activity, such as street racing and burnouts on residential roads.

“A new international dragway would provide a safe and controlled environment for drivers to pursue their hobby. The large contingent of motorsport enthusiasts in Canberra, including the surrounding regions, demonstrates that a new dragway is a viable proposal. If elected, I will lobby the ACT Government to build a new facility, which includes a dedicated burnout pad,” Mr McKay concluded.