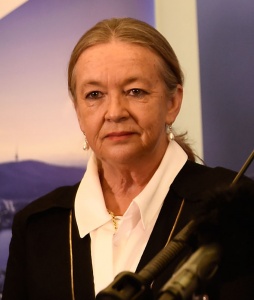 MAKING way for a very serious cabinet reshuffle in the ACT Government Joy Burch has announced she is leaving cabinet, but will seek re-election to the Assembly when the ACT goes to the polls in October.

Until today she was Minister for Education and Training, Disability, Racing and Gaming, and the Arts.

“The ACT Ministry will be expanding to seven ensuring that we continue to serve the people of the ACT and implement our progressive vision for Canberra,” Andrew said.

“Two new Ministers will be elected this week with portfolio allocations to be announced in the coming days. I will appoint a strong team of highly experienced Ministers and fresh faces who will bring energy and enthusiasm to the renewed ACT Ministry.

“As previously foreshadowed, the 2016-17 Budget will include funding for the expanded Assembly and the appointment of an additional Minister.

“Following Joy Burch’s resignation from the Ministry this morning, I would like to thank her for the contribution she has made in her portfolios and her ongoing commitment to the people of Canberra.

“In her six years as Minister, Ms Burch has worked in a number of portfolios- most notably as Minister for Education and Minister for Disability. Under her leadership the ACT was the first jurisdiction to fully transition to the NDIS, ensuring that Canberrans living with a disability and their carers received the support they deserve.

“Joy will continue to be a valued member of Labor’s team and I am sure she will be a passionate local member for the people of Brindabella in 2016 and beyond.”

“I have spoken to the Chief Minister Andrew Barr and informed him of my intention not to seek a portfolio in his reshuffled Cabinet and to leave the Ministry when new administrative arrangements are issued,” Joy said.

“After more than six years of strong achievement as a Minister, I want to now use my efforts to focus on putting the people of Tuggeranong first. I was elected in 2008 to put Tuggeranong at the top, and I’m looking forward to returning to that community-based focus. I also look forward to continuing to work as part of a strong ACT Labor team and to see the return of a Labor Government in 2016.

“I’m aware some may see me as a controversial figure as a Minister. The fact is when you challenge the status quo – when you go in and find things that need to be fixed – you will attract attention. I’ve never been afraid of drawing the ire of some, including vested interests, in order to make lasting and positive reforms for the good of our community.”