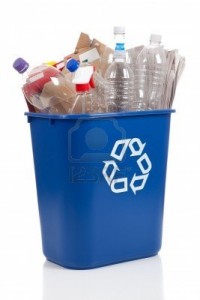 ANDREW Barr says a re-elected ACT Labor Government will encourage recycling and keep our suburbs clean and tidy through schemes to reward Canberrans who dispose of bottles and cans of drink responsibly.

“A person returning containers to an approved collection depot will receive a 10c refund per container under the scheme,” Andrew said.

“Charities and school groups will benefit from the scheme as a new way of fundraising, as has been seen in South Australia (SA). SA began their scheme about 40 years ago and it is not only a key part of the state’s waste minimisation strategy, but also the basis of a thriving industry and employer.

“ACT Labor will take care of the suburbs we love and make them better, and rewarding people for recycling will help to keep our suburbs looking great by reducing litter.

“We’ll also buy and install a network of 20 reverse vending machines at Canberra parks, shops and open spaces. These machines will take people’s bottles, sort and compact them, and return a receipt to the user for a 10c refund, reducing litter.

“Labor’s scheme will be up and running by January 2018, with depots established at existing Recycling Drop-Off Centres and waste facilities. NSW is introducing a similar scheme in 2017 so it makes sense to have scheme that aligns with our neighbours.

“Of all waste generated in the ACT in 2014-15, an estimated 70.3% (by weight) was recovered. While this is among the highest recycling rates of any state or territory in Australia, we also have the highest per capita waste generation rates.

“The ACT Labor Government has a 90% resource recovery by 2025 target, and a Container Deposit Scheme will help us achieve that.

“We estimate on average 300 containers per Canberra household will be recovered through the scheme, totalling more than 40 million containers collected a year. The cost of the scheme will be borne by beverage manufacturers, with an initial start up cost, but will become budget neutral by 2019-20.

“The Container Deposit Scheme and reverse vending machines will build on the good work Canberra is already doing in recycling. Less waste means reduced need to extract, refine and process raw materials, which in turn will reduce water and air pollution and protect our natural habitat. Reducing the amount of waste generated also save the ACT money – money the community can better use on other services.”

Fuel prices expected to fall in the ACT