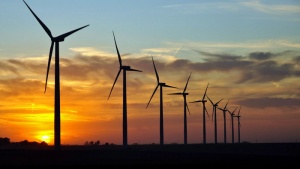 MICK Gentleman says ACT Labor has reaffirmed their national leadership on environmental issues by recommitting to renewable energy and emissions targets and establishing a grants scheme for local environment programs.

“We have clearly defined targets and a genuine commitment to address climate change to make the world’s most liveable city even better,” Mick said.

“This includes a recommitment to 100 percent renewable energy by 2020 and zero net emissions by 2050. Labor will also sign up to an international agreement on environmental issues and step in to support the Environmental Defenders Office.

“ACT Labor will sign up to the international ‘Under2MoU’ movement which originated from a partnership between California and Baden-Wurttemberg in Germany. Under2MoU brings together 129 states and regions across six continents that are leading the rest of the world in their commitments towards emissions reductions. Under Labor, the ACT will sign up following a personal invitation from California Governor Jerry Brown and South Australian Premier Jay Weatherill.

“The Liberals cut national Environmental Defenders Office funding by $10 million from 1 July 2014, which meant zero funding for ACT EDO. ACT Labor will continue to support the ACT EDO with a continued commitment of $140,000 for the next two years plus CPI.

“A re-elected ACT Labor government, through the environment grants program will provide a real opportunity for the community to apply for money to tackle local environmental issues. At a cost of $800,000 over four years, ACT Labor will commit to ensuring the grants are available to ACT community groups wishing to conduct projects in the ACT to participate in environmental activities.

“A re-elected Labor Government will also investigate establishing a green bond facility which will compliment regular bond issues. Money raised through a green bond would be used exclusively for government projects that meet set environmental criteria such as low carbon transport and energy efficiency projects.”

CityNews - January 21, 2020
0
THE iconic Shine Dome was seriously damaged in the hail storm that sliced across Canberra yesterday bringing havoc from Belconnen to the inner-south.