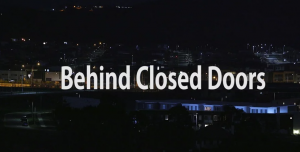 Behind Closed Doors from ABC Canberra on Vimeo.

“It’s a measure of a state as to how it cares for its vulnerable young people and it’s clear from Friday Night’s ABC program that the Barr government has not only failed miserably, but that it has actually turned its back on the issue,” Nicole said.

“Minister Chris Bourke is clearly out of his depth as he demonstrated a lack of understanding of the cases, oversight structure and other issues within the system.

“The ACT Labor government has failed to act on numerous occasions over the past 15 years. There have been several reports on the issue stretching back more than a decade and the government has obviously been inactive. It’s nothing short of shameful.

“The Canberra Liberals are committed to fixing child protection in government. We will look out for vulnerable children, we will not ignore calls for help, and unlike ACT Labor, our Ministers will know what is going on in the system and will address the problems to stop further tragedies,” Ms Lawder concluded.

Helen Musa - July 6, 2020
0
Following recent news that the registered company the “CAT Awards” would wind up on June 30, a note of confusion has set in, reports arts editor HELEN MUSA.