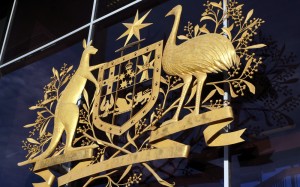 THE Law Society of the ACT has launched a campaign to safeguard the compensation rights of people injured in motor vehicle accidents in the ACT.

President of the ACT Law Society, Martin Hockridge said the campaign is supported by the ACT Bar Association and the ACT Branch of the Australian Lawyers Alliance.

“The ACT currently has a fair system of compensation for people injured in car accidents,” Martin said.

“All drivers in the ACT pay Compulsory Third Party (CTP) insurance as part of their registration fee. It’s there to provide compensation if they’re injured in an accident that isn’t their fault. This insurance coverage extends to passengers, pedestrians, and other vulnerable road users.

“Governments in other jurisdictions have tried to reduce these compensation rights — either through limiting pain and suffering payments, or arbitrarily imposing strict payment time limits. We need to make sure the ACT government will not follow suit.

“Reducing compensation rights sees seriously injured people forced to rely on social security. It sees families having to take out further expensive private insurance to make sure they are adequately protected.

“When compensation rights are reduced, the only winners are the big insurance companies.

“In the lead up to the ACT election in October, we have launched a campaign to alert the community to this important issue. Anyone can be injured in a road accident. Everyone deserves fair compensation.

“We are calling on all of the major political parties to clearly commit to maintaining the fair system of compensation that the Territory currently enjoys. While we have received that assurance from the Canberra Liberals and the ACT Greens, we are yet to receive a similar commitment from the ACT Labor Party. This is simply not good enough.

“As part of the campaign we are urging members of the community to talk to their local candidates about this issue — to let them know that Canberrans do not want their rights reduced or taken away.

“Because once those rights to fair compensation are gone, the individual, and the community, will be left to pick up the tab.”