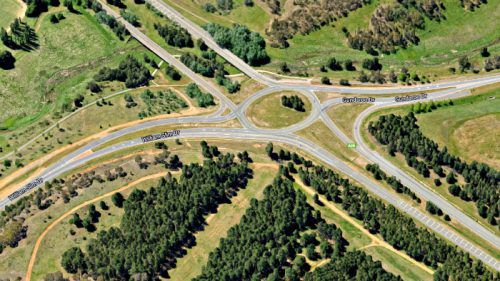 ALISTAIR Coe says revelations that the Barton Highway/William Slim/Gundaroo Drive Roundabout remains the worst intersection for crashes in the ACT again highlights the need for a flyover, as the Canberra Liberals have promised if elected.

“The Opposition recognised a long time ago that this problem roundabout needed addressing. In 2015 we announced that if elected we’d construct a flyover at the roundabout to improve safety and ease congestion of traffic to and from Gungahlin and West Belconnen,” Alistair said.

“The Barr government has embarked on a half baked solution installing nine sets of traffic lights at the roundabout that could is unlikely to do anything for safety.

“We constantly see this government providing half baked solutions; whether it’s building single lane roads like the GDE or others in Gungahlin, or taking the easy option with traffic lights on the Barton Highway.