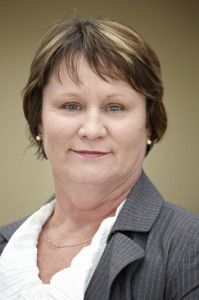 NICOLE Lawder says a Canberra Liberals Government will make the necessary changes so it’s quicker and easier for Canberrans to adopt locally.

“Our plans will make the adoption process more streamlined, which is in the best interests of children and families,” Nicole said.

“In some cases, families wishing to adopt in the ACT have had to deal with a process taking several years. It just isn’t good enough.

“Our commitments to speed up local adoption total $1.163 million and include:

“Through a review of blockages in the system, supporting vulnerable families, more case workers and better information sharing, our efforts will be focused on speeding up local adoption, when it’s in the best interests of the children or young people.

“We want there to be more opportunities to secure permanency of a relationship through adoption and will strive to get the best out of our system in the ACT,” Ms Lawder concluded.

The Canberra Liberals announcement about adoption this morning, while possibly well-intentioned, raises a number of serious concerns about their understanding of the issues in this space.

The Canberra Liberals have committed to spend $1.163 million to ‘speed up’ local adoptions. As discussed in the Assembly in August, ACT Labor acknowledges that domestic adoptions can necessarily take some time due to the complexity of individual cases, but it is possible more could be done. That’s why the ACT Labor Government, with the support of the Canberra Liberals and the ACT Greens, established a Domestic Adoption Taskforce to investigate.

The cross-directorate Taskforce will include representatives from the Government Solicitors Office, Community Services, Justice and Community Safety and Chief Ministers and Economic Development Directorates. The Taskforce is due to report to the Assembly by the end of February 2017.

This Taskforce was negotiated with the support of the Canberra Liberals, who voted in favour of it in the Assembly in August.

ACT Labor is deeply concerned that the Canberra Liberals announcement today will pre-empt the findings of this Taskforce. The question that needs to be asked is why the Canberra Liberals consider it necessary to commit $150,000 for a review when a government taskforce that they themselves supported is already looking at this exact matter?

It is also of strong concern to ACT Labor that the Canberra Liberals have committed $300,000 commitment for Aboriginal and Torres Strait Islander Support Workers.

ACT Labor strongly encourages the Canberra Liberals not to pre-empt the findings of the Domestic Adoptions Taskforce. It is due to report in February 2017 and any way forward in this space should be based upon its findings.

CityNews - May 28, 2020
0
Thinking about heading to a cafe or restaurant? LISA BRICKNELL explains how you can stay safe when eating out.