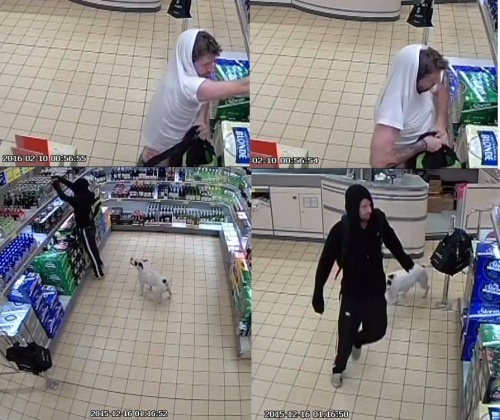 ACT Policing is seeking the public’s assistance in identifying a male offender following a burglary at Aldi Kippax on Wednesday 10 February 2016.

At about 1am the male forced entry into Aldi on Hardwick Crescent in Kippax and removed an amount of alcohol.

The male has also been linked to a burglary at the same location on Wednesday 16 December 2015.

On both occasions the offender had a white dog with him.

The offender is described as Caucasian in appearance, approximately 180 to 190cm tall of small/medium build. He has a number of tattoos on his right forearm, right side of his torso and left ankle.

Police are urging anyone who may be able to identify the offender or have any information that could assist police to contact Crime Stoppers on 1800 333 000, or via act.crimestoppers.com.au. Please quote reference 5921112. Information can be provided anonymously.