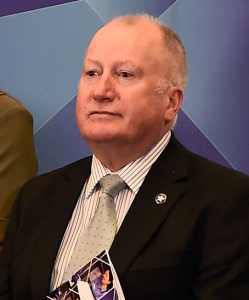 “The Planning and Development (Efficiencies) Amendment Bill 2016 is a positive step in streamlining current planning processes and rewarding proponents for extensively consulting with the community prior to the submission of any planning changes,” Mick said.

“The bill will allow concurrent processing of a development application with a draft Territory Plan variation or a draft environmental impact study (draft EIS) or an application to use a prior study.

“The advantage for the community is that this new process consolidates all the relevant consultation into one package, allowing people to view the entire project holistically whilst consultation timeframes occur concurrently.

“At the moment if a development requires a change to the Territory Plan or an environmental impact study both of those things would need to be completed before the DA can be lodged for assessment. The sequential nature of this means the whole process takes much longer that it needs to.

“If this bill is passed, the DA, the draft Territory Plan variation and the draft EIS would still be assessed in exactly the same way to the same rules that operate today, however the community will be able to see the entire picture of a development together. The way comments are published remains the same and entity and appeal rights remain the same.

“This means developers who do not provide the requested information, offer proposals that are environmentally damaging or who do not consult adequately with the community will risk the likelihood the project will not be approved.

“This bill is a sensible planning reform that will get suitable projects up and running faster for developers who are prepared to do their proper consultation and groundwork.

“The Bill also reduces red tape by eliminating the need for interested parties to re-acquaint themselves with the process as it rolls out over the longer traditional timeframe.

“This is a win-win improvement, speeding up project delivery for developers and giving the community a comprehensive overview of the entire project on which to provide input,” Minister Gentleman concluded.

CityNews - April 9, 2021
0
Following revelations of a "rare but serious" side effect to the AstraZeneca vaccination, ACT Chief Minister Andrew Barr has released a statement to assure Canberrans that it remains a "very safe vaccination".