THE concept of “government of the people, by the people and for the people” was extolled by Abraham Lincoln, after the American Civil War battle of Gettysburg.

It was in memory of the soldiers who made the ultimate sacrifice in the birth of a democratic nation.

The memory of all soldiers who have ever died in the name of freedom is being tarnished as the Lincoln concept is insidiously replaced by governments of the corporates, by the corporates and for the corporates.

Looming elections, federally and in the ACT, emphasise the façade of government of the people with the most obvious exposé of corporate influence being party political donations from the corporate sector.

The common practice of donating to both major parties tells the story. For a company to support a party that shared similar goals or views would at least be understandable. Or financially supporting a party whose policies would provide a better chance for increased business opportunities. However, the common practice of donating to more than one political party simultaneously can only be with the intention to purchase influence.

The corporate sector could point to the government of the unions, by the unions and for the unions.

With about 15 per cent of Australians now active and involved union members, there is no doubt that unions do have a disproportionate influence on Australian politics.

The Liberals kowtowed to the corporates in establishing a Royal Commission into the unions and recent revelations about the ACT government also suggest that the influence is far greater than it ought to be.

PM Malcolm Turnbull has come from the corporate sector. His “innovative Australia” is about improving business opportunities, supporting corporate tax cuts and balancing the budgets.

“Trickle-down” economic philosophy is one of the catchcries of the corporate sector. The theory is that tax breaks “encourage investment, increase profits, create jobs and improve the economy”.

The Panama papers illustrate the big lie in the concept. It is simply Orwellian. Even President Barack Obama has scotched this myth saying:  “Reality has rendered its judgement: trickle-down economics does not work and middle-class economics does”.

The poor are getting poorer while the concentration of capital in the hands of just a per cent of the world’s population continues to grow at remarkable rate. In 2015 Oxfam pointed out that “the richest one per cent have seen their share of global wealth increase from 44 per cent in 2009 to 48 per cent in 2014” at a rate heading for “more than 50 per cent in 2016”.

Alcohol companies, mining companies, gambling companies and other international corporates all make major donations to political parties. The Nationals even continue to take donations from tobacco companies. Democracy is being seriously undermined by such donations particularly with the lack of transparency and so many loopholes still remaining in the legislation. 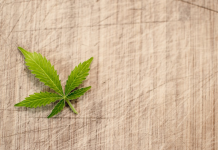 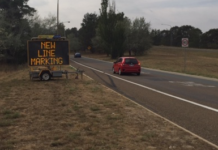 Kathryn Vukovljak - January 28, 2020
0
Author Elita Mackay, has woven early childhood memories from growing up in Bombala into a work of fiction in her debut novel “The Wind Queen”.