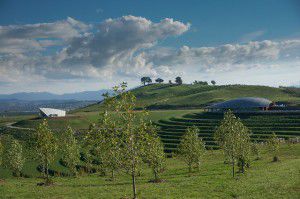 ANDREW Barr says ten Directors have been appointed to the Board of the new National Arboretum Canberra Foundation Limited, which has been established to promote and coordinate fundraising activities to benefit the National Arboretum.

“The National Arboretum has become one of Canberra’s best attractions, attracting thousands of Canberrans and visitors every week,” Andrew said.

“The ACT Government is keen to ensure this success continues by strengthening the engagement with the Canberra community.

“The new Directors of the Foundation Board are highly skilled and passionate about making a direct and tangible contribution to the future of the Arboretum. They each bring with them a unique perspective and a combined wealth of experience and expertise in philanthropy, business, law, governance, financial management, public relations and marketing.

“I have no doubt the creativity of this Board will generate many innovative and exciting ideas for the future of the Arboretum. The Directors of the Foundation are:

“The not-for-profit Arboretum Foundation has been formed to promote and coordinate philanthropic contributions to the Arboretum’s development and will play a key role in achieving the objectives of the Arboretum,” Andrew said.

“I am excited about the potential that the new Foundation has to tap into community goodwill and support for the Arboretum and make a real difference to our community.

“The ACT Government will continue to fund core infrastructure at the Arboretum, however the Foundation will play a key role in raising funds for infrastructure projects, research projects and education programs that fall outside of government’s funding capabilities.

“The Arboretum Foundation will complement current fund raising efforts including the valuable work of the Friends of the National Arboretum Canberra.”

Belinda Strahorn - September 23, 2020
0
HEADING up security in a war zone for the Afghanistan presidential election in 2009 is a far cry from the calm and order of an ACT election in 2020 for Damian Cantwell.