THE Greens’ obsession that if cats are not kept indoors they will kill all small creatures around their immediate environment is simply not a true picture. 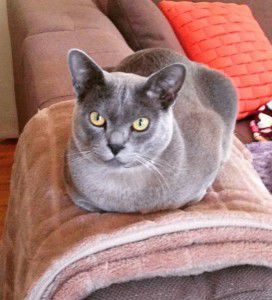 Well-fed and cared-for cats do not usually venture away from the comforts provided by owners. The real predators are the foxes and the snakes, including the uncaring humans who have mercilessly over-exploited the plants’ resources, ruined the natural environment and generally behaved as the “plague species” par excellence.

Other predators are the developers, which for reasons other than money-making profit have removed trees, bushes, digging deep into the earth to make way for new suburbs.

As a result, hundreds of former native wildlife, left without shelter and food, have since died of starvation or been killed by motorists.

Along highways, one can often see dead kangaroos and wombats who, in their quest to find green pasture, had encountered busy traffic.

Equally, it is sad to see that a few years ago possums could be seen in trees at night. Destruction of the environment has displaced countless wildlife drastically reducing their numbers. Bird nests are a rarity given the number of trees being cut down and birds cannot find suitable nesting sites.

Instead of blaming cat-owners, the ACT government should quickly and swiftly introduce a new legislation to stop humans engaging in further destruction of the native wildlife of the ACT.

CityNews - January 20, 2020
0
ESA have released a map show the locations where its help is needed as the violent thunder storm crossed Canberra this afternoon.