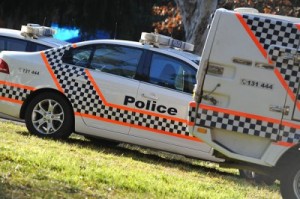 ACT Policing will summons a 32-year-old Palmerston woman after being caught for drink driving in Palmerston yesterday (Sunday, 29 May 2016).

A number of reports were received by ACT Policing about the erratic driving of a silver coloured Mazda sedan in both Higgins and Palmerston.

About 1.15pm ACT Policing Gungahlin Patrol members located the vehicle on Redcliffe Street in Palmerston, where the driver undertook a breath screening test which proved positive.

The woman was taken into custody and conveyed to Gungahlin Police Station where further breath analysis was conducted, resulting in a BAC reading of 0.324.

The woman will face the ACT Magistrate’s Court at a later date and was issued with an Immediate Suspension Notice.

Officer in Charge of Gungahlin Police Station, Station Sergeant Rod Anderson stated “Police would like to thank the members of the public for the reports made.”

“It was through this timely and accurate information that police were able to stop this dangerous behaviour.”

“We would like to remind the public that if you see any dangerous activity on our roads, to contact ACT Policing Operations on 131 444.”