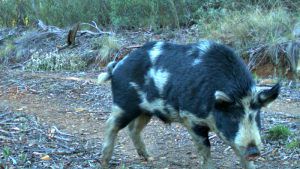 THE ACT Parks and Conservation Service is encouraging residents to report dangerous and illegal activity in our parks and reserves after of a group of men allegedly engaged in pig hunting in Namadgi National Park were spotted by ACT Government staff.

“The men, who were travelling in a four-wheel-drive vehicle and had dogs, were escorted from the park by staff, and the matter has been reported to the ACT Policing rural patrol,” ACT Parks and Conservation Service Regional Manager, Brett McNamara said.

“It is disappointing that some members of the community engage in activity that damages our parks and reserves, however the community can help to deter this behaviour by reporting any incidents to authorities.

“ACT Parks and Conservation Service rangers and the Rural Patrol police officers have established a productive working relationship over many years.

“As a result of our partnership with the Rural Patrol, ACT Policing has issued a number of infringement notices in recent years to offenders detected in and around Canberra’s parks and reserves.

“We will continue to send a clear message that such behaviour will not be tolerated. Illegal hunting poses a risk to other park users, wildlife and native habitat.

“We encourage general public to report illegal hunting and other illegal activities, such as dangerous driving or vandalism, to help keep our parks and reserves safe for everyone and free from damage. Reporting this kind of behaviour does make a difference.”

If you are aware of Illegal hunting, vandalism or dangerous driving in any of Canberra’s parks and reserves, you can report it to Access Canberra on 13 22 81 or contact ACT Policing on 13 14 44.