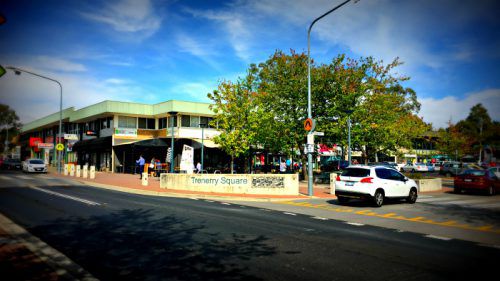 MEEGAN Fitzharris has announced a new draft design for upgrades to the urban spaces around Brierly Street and Trenerry Square in Weston near Cooleman Court.

“The release of the design follows on from community consultation in June 2016,” Meegan said.

“We asked the community to share their suggestions on how Brierly Street and Trenerry Square should look and feel and what key improvements could be made to encourage more people to meet, gather and enjoy this neighbourhood area more often.

“Over 440 people participated in the consultations and identified that the top priorities for the upgrade were to improve accessibility, provide a cycle connection along Brierly Street, street furniture, lighting and shelter from the elements, and landscaping. A larger, greener public space was also identified as a priority which could be achieved by closing off access to the car park from Brierly Street to Trenerry Square.

“This feedback helped to inform an overall plan for a long term upgrade as well as a draft design for the first stage of construction which will expand the public space and include a new grassy commons suitable for informal play. This area will feature new seats and bike racks, a shade element, and a signage wall to the east which will incorporate the relocated Weston Creek timeline art project.

“The draft plans for the first stage propose better pedestrian access and amenity which will result in a more comfortable space for people to meet and socialise.

“The longer term plan includes details of further improvements including:

“Consultation is now open until Tuesday 4 October 2016 to seek responses to the draft design and the stage 1 improvements before they are finalised.

“You can provide feedback by completing a survey online yoursay.act.gov.au or a hard copy survey at the Centre Management Office inside Cooleman Court.

“The final design will be presented to the community later in 2016 with construction of the stage one improvements expected to commence in mid 2017,” Minister Fitzharris concluded.