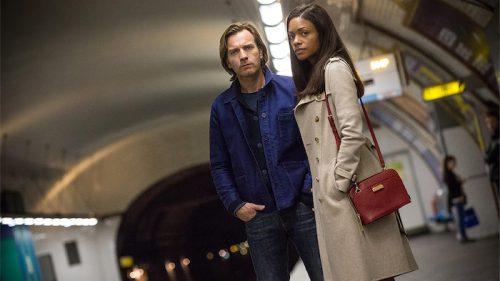 IF the end of the Cold War deprived John le Carré of the fields from which he harvested the novels that propelled him to fame, waiting in the background were other malfeasances in high places, any of which might make a rewarding film.

In “Our Kind of Traitor”, le Carré sends left-leaning English lecturer at Oxford Perry (Ewan McGregor) and his barrister wife Gail (Naomie Harris) on a holiday to celebrate an unexpected inheritance. Russian Mafia member Dima (Stellan Skarsgard) pleads with Perry to courier to MI6 a computer stick containing evidence that a Conservative MP (a variation on a favourite le Carré ploy that somehow keeps its freshness) is involved in a plan to establish a new London bank for laundering the proceeds of crime.

On that simple-enough foundation, le Carré and Hossein Amini provide director Susanna White with intelligent tensions and conflicts in a masterly-told story of friendship, crime, moral ambivalence, political duplicity, and the shadowy secret world of intelligence where under-resourced Mi6 operative Hector (Damian Lewis) is trying to persuade his masters that they must block the project.

It’s not difficult to imagine how an American filmmaker might have treated this story – guns blazing, punch-ups in which muscley lead characters inevitably thrash bad guys, black cars with shrieking sirens.

The film cleaves well enough although not slavishly to the book, with a softer ending.

At Dendy, Palace Electric and Capitol 6