THE GUITAR singer-songwriter John Schumann used to create his Vietnam War–era song “I was Only 19” will be displayed on Vietnam Veterans Day to commemorate the 50th anniversary of the battle of Long Tan in August.

“On July 21 1969 mankind first stepped onto the moon,” Dr Nelson said. “On the same day, 3 Platoon, A Company, 6RAR/NZ, was deployed in Operation Mundingburra on the approaches to the mine-infested Long Hai Hills of Phuoc Tuy province in South Vietnam. Shortly before the word came over the radio that the ‘Yanks had landed on the moon’, these men found themselves in the middle of one of the bloodiest mine incidents of the Vietnam War.” 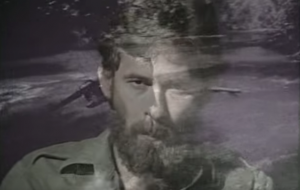 He said that Schumann’s song, based on this incident, had become the anthem for all Australia’s Vietnam veterans. It had helped bring thousands of veterans finally home and sparked understanding and empathy across the rest of the nation.

“It is an anthem burrowed deep into our hearts,” Dr Nelson said.

For his part, Schumann, who will also be recording a personal oral history with the Memorial, said of the handover, “I’m delighted and honoured to consign this guitar to the care of Dr Nelson and his staff…While I have great affection for this instrument, for reasons which everyone will understand, it really belongs here at the Memorial.”

Long Tan was Australia’s most costly single battle of the Vietnam War: 18 men died as a result of the battle, and 24 others were wounded.

CityNews - January 21, 2020
0
"It doesn’t take a lot of insight to work out that delivery drones are quality-of-life destroyers, no matter what marketing spin Wing serves up," writes reader MURRAY MAY, of Cook.