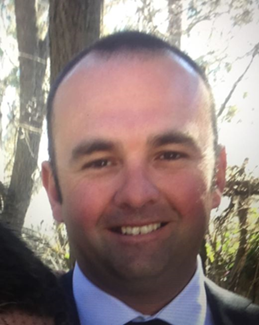 Mr McGregor was last seen by his family on Thursday 7 July 2016; however concerns were raised when he missed an appointment yesterday. Police are concerned for his welfare.

Mr McGregor was last seen around the Belconnen area.

He is described as being Caucasian in appearance, with a solid build, brown eyes, about 188cm tall (6’2”), short cropped black hair, a scruffy beard and has a swollen left eye. He was last seen wearing a black puffer jacket and jeans.

If you think you may have seen Jason, or have any information on his whereabouts, please contact police on 131 444.

UPDATE: Jason has been found safe and well.