ONE OF the most sensational stage shows to hit Canberra in recent years is back in town again for two shows only on Wednesday and Thursday, and the great thing is that it comes out of Australia’s arts community. 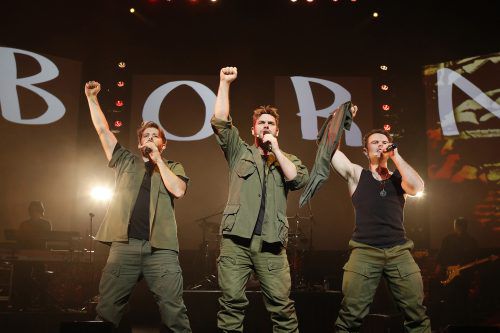 It’s not really a coincidence, but this 2016 national tour overlaps with the commemoration of 50th anniversary of the Battle of Long Tan. Covering conscription, combat, protest and homecoming, “Rolling Thunder Vietnam” combines personal stories of young Vietnam War soldiers with hit songs of the era. 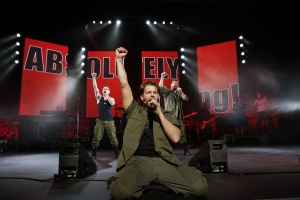 When “Rolling Thunder Vietnam” debuted last year it earned standing ovations at every performance from audiences and critics and I for one haven’t heard a bad word about it.

“Australian Idol” winner Wes Carr will be performing alongside Ben Mingay, who is soon to star in Mel Gibson’s film “Hacksaw Ridge” and as Alan Bond in Channel 9 mini-series “The House of Bond”. Tom Oliver returns as the Australian digger and joining the cast are rising stars Kirby Lunn and Caitlin Spears.

The show draws audiences inside the lives of men on the battlefront and their loved ones at home. The Vietnam War was the world’s first televised war and the production includes stunning news footage and mind-blowing images from the ’60s and ’70s. 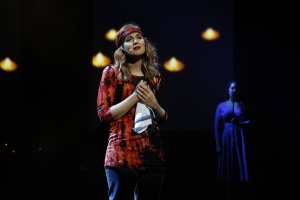 To be sure it will be nostalgia time, as production includes many of the most memorable rock songs ever written and produced, including classics by Steppenwolf, Joe Cocker, Buffalo Springfield, Creedence Clearwater Revival, Santana, Gladys Knight, Billy Thorpe and Paul Simon, among others.

Those ‘songs that defined a generation’ include “Fortunate Son”, “All Along the Watchtower”, “The Letter”, “What’s Going On”, “Born to be Wild”, “Killing Me Softly With His Song”, “WAR”, “Magic Carpet Ride”, “Help Me Make it Through the Night” and “Bridge Over Troubled Water”.