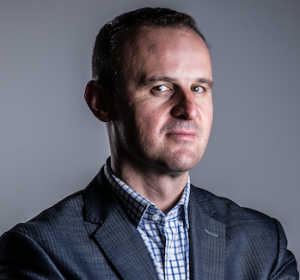 “The Canberra Arts Biennial will take place during the traditionally quieter winter months, and build on the contribution Canberra’s arts community made to making Canberra’s centenary celebrations a success for locals and visitors alike,” Andrew said.

“A re-elected ACT Labor government will establish the South by Southeast festival. Modelled on Austin’s wildly successful South by Southwest, the festival will showcase Canberra’s world-leading innovation, culture, exhibitions, coding, gaming, film, and music. The festival would work with Canberra’s national institutions, and international institutions like Wellington’s Te Papa Museum of New Zealand and Singapore’s ArtsScience Museum. We will work in conjunction with the Canberra Innovation Network on getting the festival up and running.

“Canberra has a long and strong history of coming together for public events – from the Multicultural Festival, which has grown to become the biggest festival of its kind in the country, to Floriade, which is on now. Coming together to share our city with each other and our guests is a fundamental part of living in Canberra.

“We need to diversify our economy to reduce reliance on the federal government for jobs and a vibrant calendar of events does just that.

“ACT Labor has a proud history of growing new events for Canberra, taking Enlighten from its small beginnings to an event enjoyed by hundreds of thousands of Canberrans and visitors alike. We will provide $3.72 million over three years so Enlighten can remain a wonderful showcase of our beautiful city.

“Floriade remains the most-visited festival on Canberra’s calendar, and was enjoyed by almost half a million people in 2015. ACT Labor will provide $250,000 in 2017-18 for the inaugural Floriade Fringe to make Lake Burley Griffin part of the Floriade experience by extending Floriade into West Basin and the then-complete first stage parks and boardwalk.

UPDATE: As noted in the comments the original South by Southwest festival is not happy with the adaptation of their trademark and it appears another name will be needed.