I HAVE been quite open about my opposition to the asylum seeker policies which my party, in government, introduced and continues to support. 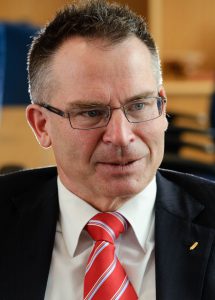 I have also openly urged the ALP, with nil effect, to adopt policies consistent with Labor values and principles and international law.

Even after 40 years’ membership of the ALP, I still wrestle with how to appropriately respond to behaviour of the party that is anathema to everything I thought it represented. Some would suggest, simply, walking away. In that regard just recently I read on an ALP website the following statement from an ALP member, about our asylum-seeker policy, explaining why he walked away.

“The stink that the ALP has, as a party, allowed to continue will haunt you all to the end of time as you all know it is disgusting. I personally do not want to be part of any organisation involved with such depraved behaviour.”

Coincidently, it was in the week after this impassioned and provocative statement that a number of highly regarded international aid organisations, including Medecins Sans Frontieres, Save the Children, the Norwegian Refugee Council, the UNHCR and the International Rescue Committee reportedly withdrew their support from Greek Island refugee camps involved in the return of asylum seekers, against their will, to Turkey.

They have resolved that they will not be part of a system of detention and deportation, which they say is inhumane and contrary to accepted international law and practice in respect to refugees.

A spokesperson for Medecins Sans Frontieres said that it had taken the difficult decision to withdraw because “continuing to work inside would make us complicit in a system we consider to be both unfair and inhumane”.

The principled stand of these significant international organisations challenges Australian organisations and individuals, including Canberrans in the public, community and private sectors, who are involved in some way with Australia’s immigration detention regime. Most particularly in the offshore detention centres on Nauru and Manus Island.

While there have, in fact, been calls by a number of doctors in Australia for a boycott by doctors of Australia’s offshore detention centres, for the same reasons that have led to the current European boycott, there has not in Australia been a broader level of concern about being a cog in the Australian immigration detention regime.

It can certainly be quite cogently argued that to deny medical care to asylum seekers caught up in the indefinite detention regime supported by Australia on Nauru and Manus would be unfair and could lead to tragic consequences.

However, the part played by others in the indefinite offshore detention of asylum seekers cannot be so easily rationalised. Including, for example, officers of Border Force and the Department of Immigration, the Defence Force, the managers of the detention centres and those involved in their operation.

It would also include the politicians and political parties responsible for the current arrangements and who continue to either support them or who observe a convenient, if embarrassed, silence.

I often wonder what people so involved think about what is being asked of them. Do they ever fear, as I do, and as the spokesperson for Medecins Sans Frontieres says the people in that organisation do, that their involvement would make them “complicit in a system that is unfair and inhumane”?

If one does harbour such fears what guidance can we gain from the actions of the humanitarian organisations involved in the Greek boycott or even the recent Let Them Stay campaign, led by Australian churches. I find the actions of each inspiring and the example they set for me is that rather than succumb to despair and walk away we need to stand firm and work even harder to encourage thinking and caring members of society, including within political parties, to stand up and speak up and support a change to compassionate and humane policies.

There has, it is true, been little to be inspired by in the response of the ALP to this issue in recent years or any reason to feel confident that change is achievable.

Nevertheless, there are many very good people in the party agitating for change. A point will doubtless be reached when, in the absence of any change to the policy, their focus will turn to change to the party or at least to those representing it.

Jon Stanhope was Chief Minister from 2001 to 2011 and represented  Ginninderra for the Labor Party from 1998. He is the only chief minister to have governed with a majority in the Assembly.

Vampiric tale emerges from the Street