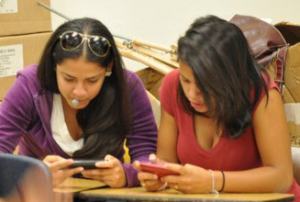 SHANE Rattenbury says that from September 1, tough new penalties will come into force for texting, using social media or the internet while driving.

“In this day and age we all have our phones on us most of the time and we are expected to be instantaneously responsive,” Shane said.

“But using your phone while driving is perhaps the most dangerous form of driver distraction.

“Taking your eyes off the road, even for just a few seconds, can have devastating consequences. You are putting yourself and other road users at an incredible risk.

“There are, of course, existing penalties for using your phone while driving, including a $416 fine and three demerit points. These remain unchanged.

“From September 1, a new, separate penalty will be introduced for the use of a mobile device for messaging, social networking, mobile application or accessing the internet.

“This penalty will incur a fine of $511 and four demerit points, and reflects the seriousness of the conduct and the potential risk associated with this dangerous behaviour.

“Sadly, it is not uncommon to see drivers checking texts, Facebook, or other social media. ACT Government research has found that 13 per cent of ACT drivers admit to using a handheld mobile phone while driving – with four per cent of those drivers stating that they do this all the time.

Peter Frazer, the founder of National Road Safety Week and whose daughter Sarah was killed by a distracted driver in 2013, said Australians’ “obsession with connection” was becoming a growing contributor in this “completely avoidable carnage”.

“Just last week, Professor Rebecca Ivers noted that smart phone use is now so pervasive that ‘for many people driving or walking seems to be a distraction from their use of social media’,” Peter said.

“While it may be akin to an obsessive-compulsive disorder, use of your smart phone while driving always remains your choice. While you may be willing to put your life at risk, this foolish and unnecessary behaviour may result in some innocent person being maimed or killed. Putting vulnerable lives at risk is simply intolerable and I am pleased that the Minister and ACT Government have drawn a line in the sand.

“By increasing fines and demerit points, coupled with targeted education and enforcement campaigns, the ACT has sent a clear message, especially to novice drivers; your distracted driving is dangerous driving! If you can’t control your unhealthy behaviour, you may be back to asking mum or dad for a lift.”

Young and novice drivers are particularly vulnerable to the effects of driver distraction. Mr Rattenbury cited evidence which points to the fact that they have not yet “automated” many driving tasks and therefore have less capacity to devote to other tasks at the same time as driving.

“The four demerit points for this offence will result in the loss of licence for those provisional drivers who have not completed the Road Ready Course and increased their demerit point threshold to eight points,” Mr Rattenbury said.

“Your text or Facebook message can wait until you arrive safely at your destination. So be patient, stay safe and put your phone away until you get there,” he concluded.