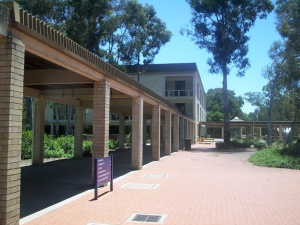 THE University of Canberra has announced its continuing rise in world rankings after being named among the best young universities in the world in the prestigious 2016 Times Higher Education (THE) 150 Under 50 ranking published TODAY.

“The result caps off a stellar run for the University whose improved performance across the board has seen it rise in both the 2015-2016 THE and Quacquarelli Symonds (QS) World University Rankings over the past 12 months,” Vice-Chancellor Professor Stephen Parker said.

“This announcement is further proof that the University is moving in the right direction.

“Our entry into a further ranking of top world young universities is a clear sign that we are making real-world breakthroughs in research, producing high-calibre graduates and having an impact in industry, both nationally and internationally.

“Frankly, this latest achievement and the University’s recent rise through world rankings come as no surprise to me, because I see the hard work that occurs each day at the University of Canberra.

“For the first time the THE ranking of the world’s best young universities includes 150 institutions – up from 100 in last year’s list.

“The THE 150 under 50 ranking looks at universities’ performance in five areas of higher education excellence: teaching, research, citations, industry income and international outlook.”

Professor Parker said he was pleased to see that despite being a very young institution, the University’s growing reputation in research and education as well as its increasing international outlook are being recognised globally.

The University of Canberra has operated as a university for only 25 years, after it was established through the Dawkins higher education reforms to replace the Canberra College of Advanced Education.

Professor Parker, who will be stepping down as Vice-Chancellor in July, noted that he’s delighted to be leaving the University in such a strong position.

“I couldn’t be prouder of the University, its staff and student body at this time,” he said.