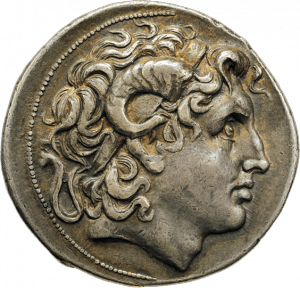 THE National Museum continues to explore the history of humanity through its major international exhibition “A History of the World in 100 Objects from the British Museum”. It questions, through two million years of human history, how people have shaped the world and how the world has shaped people. The exhibition runs until January 29.

A FREE exhibition at the Museum of Australian Democracy in Old Parliament House, titled “Ajit Ninan: Cartoonist to the World’s Largest Democracy”, features provoking and influential political cartoons. Ajit Ninan is one of India’s best known cartoonists for his “Centrestage” series in India Today magazine and “Ninan’s World” in “The Times of India”.

THE National Gallery illustrates the horrors of World War I through the exhibition “Artists of the Great War”. It explores wartime propaganda, front-line experiences and remembrance through paintings, drawings and prints by war artists, with a special focus on Will Dyson. Free entry.

“ATHOL Shmith Fashion Photographs” is on display at the National Library. Melbourne photographer Shmith was best-known for his elegant and bold, black and white prints.

AUTHOR-artist Jeannie Baker’s original works from her book “Circle” will be on display at Canberra Museum and Gallery until February 12. The book follows the migratory route of the Godwit from Alaska to Australia and NZ. Baker is well known for addressing a diverse range of issues in her work, such as sustainability and environment.

DAILY, the National Portrait Gallery will be running a free 30-minute tour of its collection from 11.30am. The tour explores the building and reveals background information on specific works and artists.

THE National Film and Sound Archive is in conversation with the Canberra Museum and Gallery’s “UNESCO Memory of the World” exhibition by reflecting on it with a daily screening of films. Each film has national and international significance, such as, “The Story of the Kelly Gang” or documentaries on Eddie Mabo, James Cook and NZ’s Treaty of Waitangi.

AT the “Velocity: Vintage racing bikes” exhibition postman and cycling enthusiast, Peter Taylor, shares his large collection of vintage racing bikes. It ranges from rare post-World War II European bikes to an Australian bike used at the 1956 Melbourne Olympics. The exhibition is at Canberra Museum and Gallery. 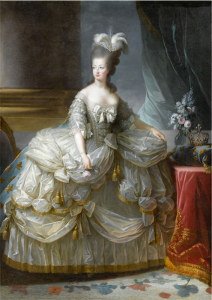 FREE over the school holidays, families can drop by the National Archives of Australia and play board games, complete puzzles or read books from the selection of Australian stories, until January 25.

“EXPLORE and Cook Archival Recipes with Kids Pantry”, Canberra’s only cooking school and kitchen garden that’s just for kids. It provides an introduction to gardening, cooking and healthy eating for children aged between 8-12 years. On January 16 at the National Archives of Australia. Bookings necessary.

THE National Library will host a daily family activity space called “Wordplay” until January 29. Children over the age of four and their carers can drop in and read, write, illustrate and imagine.

FOUR days of high-octane action can be experienced at this year’s “Summernats”. The annual car festival will be at Exhibition Park from January 5-8.

THE “Canberra Challenger” tennis event returns to the ACT again after attracting 54 players from 20 countries and 3000 spectators in 2016. At Canberra Tennis Centre, January 7-14.

IN the Women’s National Basketball League, the University of Canberra Capitals is set to play Townsville Fire at Southern Cross Stadium on January 14.

FOR baseball fans, Canberra Cavalry will be competing against Melbourne Aces at Narrabundah Ballpark, January 12-15.