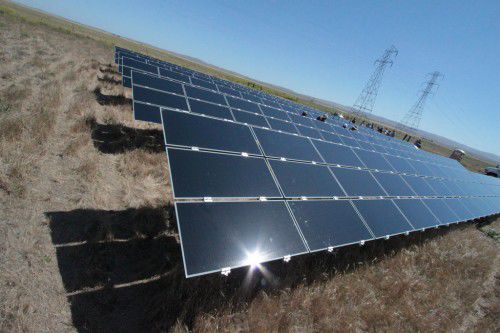 MICK Gentleman, has approved a development proposal for a 29 hectare solar farm near Williamsdale to the south of Canberra.

“Under powers prescribed in the Planning and Development Act 2007 I have called in, assessed and approved the development application for an 11.18 megawatt solar facility planned to be built on farmland near the Monaro Highway and Angle Crossing Road,” Mick said.

“Under Section 159 of the Planning and Development Act 2007 the Planning Minister may consider a development application if he or she considers it will respond to a major policy issue, have a substantial effect on achieving objectives of the Territory Plan and provide a substantial public benefit.

“I made the decision to call in this development application due to my view that this solar farm will provide a substantial public benefit to the Canberra community by producing renewable electricity to power Canberra homes while reducing greenhouse gas emissions and improving the city’s environmental sustainability.

“The Williamsdale development application was lodged with the planning and land authority on 13 October 2015. This followed agreement by government to licence parts of Blocks 1470 and 1471 in the District of Tuggeranong as an alternative location for the solar farm originally proposed to be built adjacent to Uriarra Village.

“I have imposed strict conditions on the development as part of my decision to address concerns raised in the 4 submissions by members of the community.

“Conditions imposed include requirements to reduce glare, both during operation and construction, to provide appropriate landscaping and to ensure that sufficient bushfire management measures are in place. In addition Development application DA201425695 (for the construction of a solar farm near Uriarra village) must now be withdrawn for this approval to take effect.