AINSLIE and Gorman Arts Centres says its arty winter party, “Canberra Obscura: Metropolis”, will be “a night of enthralling performance and emphatic beats, experimentation and the unexpected”.“Canberra Obscura: Metropolis”, Main Hall, Ainslie Arts Centre, Elouera Street, Braddon, from 7pm on Friday, July 28. Bookings to agac.com.au or tickets at the door.

THE annual M16 Artspace Art Fair and Open Day will take place at 21 Blaxland Crescent Griffith, this Saturday July 29, from, 11.30am-4pm. All welcome.

MUSE Café in East Hotel Kingston has Australian creator Bob Graham taking a look into his magical, whimsical world with readings, illustration demos and a look at how he creates his picture books. It will run between 1pm-1.45pm on Saturday, July 29.  Ages four and above are welcome, with costs of $10 per child and the accompanying parent is free. Attendees receive a glass of juice or wine. Then on then on Sunday, July 30, journalist Michael Brissenden will be in conversation with Karen Middleton from 3.30pm-4.30pm. Bookings to musecanberra.com.au

CASP is an annual small grants program administered by Regional Arts NSW on behalf of Create NSW Arts and Health. Its focus is on arts and the environment, Aboriginal and Torres Strait Islander projects, culturally and linguistically diverse projects and projects by children or young people. CASP grant writing workshops are open to applicants at southerntablelandsarts.com.au until 5pm on Thursday, July 27.

ACTING For the Fun of It presents “The Living Text” – “From Page to Stage”, a six week course for adults (including Year 12 drama students, has been postponed to August 10. The course will run from Thursday. August 10 to September 21 from 7 – 9pm at the Hedley Beare Centre for Teaching and Learning on Fremantle Drive Stirling. All inquiries to course tutor, Peter Wilkins at peterwilkins@grapevine.com.au or 0408 034373.

CIT Adult Short courses are held every first weekend of the month all year round at Canberra Glassworks. Costs apply and to find out more, email education@canberraglassworks.com.au

THE 10th Queanbeyan Art Society’s Charity Fine Art Show will take place in City Walk Canberra between King O’Malley’s Pub and the merry-go-round, from September 23 to October 2. Entries are now welcome, inquiries to the president of the society, Barry, at 0439 392709.

CANBERRA Writers Festival is coming up again for the second time in late August and bookings can now be made at canberrawritersfestival.com.au or 132 849.

ENTRIES are open for John Hinde Award for Excellence in Science-Fiction Writing, with $10,000 on offer for the best produced script and professional support for the best unproduced script entered each year. Valued at $15,000, the prize will be presented in early December for an original essay of up to 3000 words that addresses a significant aspect of contemporary Australian life. The winning essay will be published in The Saturday Paper on December 23. Submissions are open until September 18, to thehorneprize.com.au

GINNINDERRA Wind Orchestra is celebrating 30 years of music making with a reunion dinner at the Hellenic Club in Woden on Saturday, July 29. Tickets for the night are $60 per person and include a premium three course meal. Former members are strongly invited to come along to reminisce and help celebrate this milestone. Bookings to form.jotform.co/70740940058859

PIGEONHOLE Theatre’s production “Playhouse Creatures”, seen at The Q last year, has been invited as the only Australian representative at the Mondial du Theatre in Monaco in August. It’s time to chip in and help director Jordan Best and her all-star Canberra cast get there via the crowdfunding site, australianculturalfund.org.au

M16’s Writer in Residence Program 2017 is a supported residency for emerging writers with an interest in the arts. To apply submit an example of your arts writing (review, essay, etc.) no longer than 1000 words and a CV by 5pm, Friday, July 28 to marketing@m16artspace.com

VETERAN pianist and medical specialist, Robert Schmidli, will be holding his annual fundraising recital for “L’Arche Genesaret – community living for people with an intellectual disability”, performing piano works by Scarlatti, Poulenc, Mozart, Beethoven and Chopin. At Wesley Music Centre, Forrest, 3pm, August 3. Bookings to trybooking.com or tickets at the door.

“MAMMA Mia!” The musical, inspired by ABBA’s classic songs, has seen over 60 million people all around the world pack in for the show. Tickets are now on sale for a new Aussie production that will premiere at the Canberra Theatre from November 24 to December 10. Bookings to canberratheatrecentre.com.au or 6275 2700.

YOUNG Canberrans with ideas for projects, events or activities, which focus on social inclusion can now apply for the ACT government’s Youth InterACT grants of up to $1500. The grants are available for initiatives that will support young people in Canberra. Initiatives previously funded include an event celebrating Pacific Island culture and workshops creating art from recycled materials. The grants are open to Canberrans aged 12-25 and organisations that support young Canberrans. Applications will close at midnight on September 3. Information at communityservices.act.gov.au/ocyfs/youth-interact/grants

The National Portrait Gallery is calling on family history enthusiasts and amateur historians to help discover more about the people in its new show, “Dempsey’s People: A folio of British street portraits from 1824-1844”. If you have a family connection to any of the 52 individuals, share your story on social media by tagging @PortraitAu, or send an email to info@npg.gov.au

FORTY original artworks from the never-before-seen CBCA Children’s Book Week collection can be seen in the Clive Price Suite, Building 1, University of Canberra, from 10am-2pm, Monday to Friday to August 30.

“THE Staging Post” is a film looking at action taken by Hazara refugees in Indonesia showing their determination and ability to make things happen for themselves despite their difficulties. Returning by popular demand to Civic, Dendy Cinemas, Thursday July 27, all details and bookings to eventbrite.com.au

The 2017 Scandinavian Film Festival continues at Palace Electric Cinemas, until August 2. Bookings and all program details at palacecinemas.com.au

“QUEEN: It’s a Kinda Magic”, recreates Queen’s 1986 World Tour concert and features the band’s greatest hits performed live, including “We Will Rock You”, “Bohemian Rhapsody” and “We Are the Champions”. At Royal Theatre, from 8pm, Sunday, July 30. Bookings to premier.ticketek.com.au

SINGER Lisa McClelland with John Black (piano and vocals), and Ben Schumann (drums) will be jazzing up Kangara residents as part of its popular concert series, at Cooinda Hall, Kangara Waters, 2 Joy Cummings Place, Belconnen, from 2.15pm-3pm, Sunday July 30. Tickets at the door.

“7 GREAT Inventions of the Modern Industrial Age” is an original musical theatre work by Canberra composer Sally Greenaway and her theatrical collaborators, where music will meet scientific history, at the Street Theatre, July 26-29. Bookings to thestreet.org.au or 6247 1223.

SCIENCE meets art and humanity in a hit romantic comedy, “Constellations”, where she, (Lexi Sekuless) a quantum physicist, meets him (Kristian Jenkins), a beekeeper, over and over again. At The Street Theatre, to July 29. Bookings to thestreet.org.au or 6247 1223.

A RARE collection, which features 52 portraits of British street people will be on display for the first time in “Dempsey’s People: a folio of British street portraits 1824-1844”. Curated by David Hansen, the exhibition will bring together 51 works painted by little-known itinerant portraitist, John Dempsey. National Portrait Gallery, King Edward Terrace, Parkes, from 10am–5pm daily, to October 22.

ANCA’s latest exhibition, “The Meeting Place”, features emerging Canberra artists, Tamsin McLure, Colin White and Rebecca Worth, who look for spirituality in the environment through painting, photography and a glass installation. “The Meeting Place”, 1 Rosevear Street, Dickson, until July 30, 10am–4pm, Thursday to Sunday.

ALSO at M16 is “Orchestrated Chaos”, by Rahsa Ajaj and an exhibition by Hands On Studio artists, curated by Tilly Davey and Hands-On tutors. Then in Chutespace is “Let Go” by Caren Florance, which is a meditation on grieving that uses a poem by Rosemary Dobson.

“MELODRAMA in Meiji Japan” features Japanese woodblock (Kuchi-e) illustrations at the Exhibition Gallery on the ground floor of the National Library of Australia, from 10am-5pm, to August 27.

“INTERLACED” is a new exhibition of handwoven cloth by Belinda Rosee, who helped Canberra weaver, Monique van Nieuwland when she was asked to design and produce fabric for the Hollywood movie “Gods of Egypt”, starring Geoffrey Rush. The exhibition will run until August 6.

BELCONNEN Arts Centre is exhibiting a range of artists under the Emerging Artists Support Scheme Awards, such as “Body Tracing” and “The Soft Gaze” by Rose-Mary Faulkner and Catherine Newton, “This Way II” by Heidi Strachen, “Biographies” by Martin Rowney and “Disencumbered #2” by Keith Bender. The opening will take place at Belconnen Arts Centre, 118 Emu Bank, Belconnen, from 5.30pm, Friday, July 28.

THE Queanbeyan Palerang Regional Council Art Competition show continues at the Queanbeyan Art Society Gallery, under the Queanbeyan River Bridge, until the end of July. 109 works are on show.

“CHANGES” is the brainchild of painter Steve Roper and glass artist Robyn Campbell, who invited poet Lesley Lebkowicz, illustrator Anne Langridge and musician Georgina Bryant to join them in a show that raises the following questions: How does a poet make a pot? How does a musician? What happens when a painter or an illustrator steps outside the frame on the wall or the page of a book? What difference does a change in material make to the work? Gallery floor talk at 6pm on July 28. At Watson Arts Centre, Aspinall Street, Watson, to July 30, 10am-4pm, Thursday to Sunday.

MEREDITH Hinchliffe has curated an online exhibition of work by tapestry exponent Belinda Ramson, who died in 2014. This exhibition was mounted at the American Tapestry Alliance, visit americantapestryalliance.org/exhibitions/tex_ata/belinda-ramson/

TWO new exhibitions are at Beaver Galleries. Brenden Scott French’s kiln formed glass sculptures and wall pieces are carefully layered and assembled to develop pattern and form, which he uses as vehicles to reflect his experiences. Renowned artist Graham Fransella’s new works are the result of several decades of draughtsmanship and exploration into the theme of figure and landscape, painted on both canvas and paper. Beaver Galleries, 81 Denison Street, Deakin, from Tuesday to Friday, 10am-5pm, and Saturday and Sunday, 9am–5pm, July 20 to August 6.Megalo Print Studio + Gallery, 21 Wentworth Avenue, Kingston, from 6pm, Thursday, July 6, and runs until July 22.

NANCY Sever Gallery has scored a coup in getting an exhibition by the celebrated Canberra artist, Elisabeth Kruger, whose exhibition of recent works, “The Sea Paintings”, can be seen at the gallery, which is located on 4/6 Kennedy Street, Kingston. The exhibition will be on from Wednesday to Sunday, 11am–6pm until August 6.

THE Canberra Centre has now unveiled the first in a specially-commissioned series of large-scale murals, including an artwork based on the theme of the artwork series, “Beauty Redefined” created in Australian artist Nick Thomm’s photo-realistic style which utilises bright, psychedelic colours in a mixed-media format.

“KIRSTIE Rea: the land”, a 20-year survey of works by one of Canberra’s most famous glass creators, has been chosen for the reopening of the Canberra Museum and Gallery. The show runs to August 20. 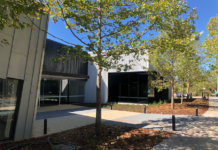 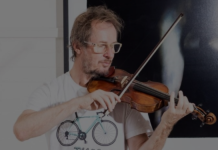