FOLLOWING social media and mainstream media reporting alleged comments of terrorism by an Uber driver to a female passenger early on Sunday morning (April 30), police have released a statement confirming they had spoken to the driver following a triple-zero call at around 1.50am. 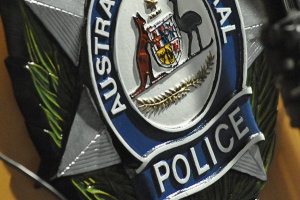 “Police attended the location in Hume and spoke to the driver and complainant,” the statement says.

“The incident is subject to an ongoing investigation and ACT Policing has engaged with AFP and other law enforcement and intelligence agencies in relation to the allegations made during the incident and reported on by the media.

“ACT Policing wants to reassure the community that there is no ongoing threat to public safety.

“ACT Policing is urging the community to report suspicious behaviour. The National Security Hotline is the single point of contact for the public to report possible signs of terrorism. The hotline also provides information to callers on a wide range of national security matters. If you see anything suspicious, report it to the National Security Hotline on 1800 1234 00.”

From Bradford to Canberra that has not seen sunnier days

Michelle Grattan - March 4, 2021
0
Porter declares he’s determined to stay in his job, saying to quit would mean anyone could lose their career “based on nothing more than an accusation that appears in print”, writes political columnist MICHELLE GRATTAN.