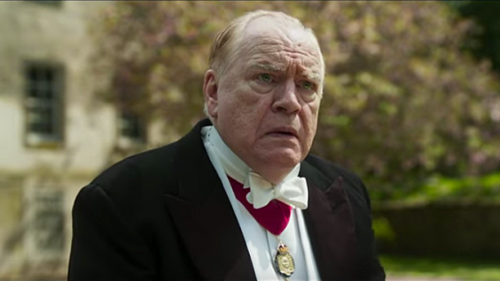 AUSTRALIAN director Jonathan Teplitzky has crafted a film about a man of whom a nation expected and got great things at a time of peril more grave than any Britain had previously faced.

The film observes Churchill in the six days before the Allied landings on the Normandy coast amid his fears that the result would be the deaths of too many young soldiers for too little result, as were the previous amphibious landings over which he had political influence – the Dardanelles campaign in 1915. Australia knows about that.

The former of those combines recorded events with possibly fictional but convincing passages illustrating the steadying influence of Clementine Churchill. It does good things with Churchill’s oratory and pulls no punches in taking matters to a brink that might have been disastrous had the military leaders not prevailed over him.

Churchill comes across as a man big-headed about his military ability, ready to accompany the troops into the field despite the disastrous consequences that might have befallen the allied cause if he had.

Brian Cox’s towering performance over a wide spectrum of emotions is the stuff of which peer-group praise grows and flourishes. It is as close to what history remembers of Churchill as anybody might wish – the physical presence, the growling timbre of the voice, the fear of being accused of pusillanimity lurking beneath undeniable moral courage.

The film brings forth a collection of military names that have become part of history – supreme commander Ike, Monty, Smuts (Churchill’s friend and military adviser from earlier wars) to name a few. One might cavil at anachronisms and minor goofs besprinkling the film, but none of them really detracts from its prime purpose – to portray a great man at his pinnacle of achievement.

At Palace Electric and Capitol 6