She began her career as a rural journalist working on local and regional papers across the South West Slopes. As a freelance journalist she has written for national gardening and fine arts magazines and was also the ACT and Southern NSW co-ordinator for Australia’s Open Garden Scheme.

Since joining the ABC in 2006, Ms Jacobs has shared her passion for politics and current affairs, history, the arts, the environment, and family issues across weekend and weekday programming.

She has been widely involved in community events in Canberra through community engagement roles. She has also been a panellist for forums including the National Museum’s annual review of the year’s events and has served as a member of the Canberra anti-poverty week steering committee and the Australian Institute of Architects award jury.

Editor at ABC Canberra Michelle Ainsworth says Genevieve has made a terrific contribution to ABC Radio Canberra over the past 11 years.

“She is a highly respected journalist and broadcaster who has presented a number programs and connected deeply with the community over local stories and issues. With Genevieve’s departure from ABC Radio Canberra we’ll take the opportunity to refresh the program in 2018. We wish Genevieve all the best for the future,” Michelle says.

An announcement on ABC Radio Canberra’s 2018 station line-up will be made this afternoon. 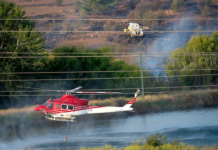 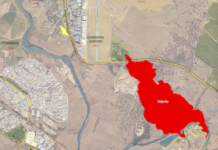 No parking fines for marooned cars