“WE’RE not too young to achieve the impossible” is the motto of Ribix Productions, one of the liveliest new theatre companies in Canberra.

Founded almost two years ago by Shannon Parnell, now 18, and Rachel Pengilly, now 19, who staged their play “The Train Station” with the support of North Belconnen Baptist Church, the Ribix team has grown to 11 production members and a cast of nearly 30 actors – more than 90 per cent of them under the age of 20.

Now they’re moving into new territory with a very different show, “Foxes: The Musical”. With music and lyrics by Parnell and a book by Pengilly, who also directs, the script follows the journey of two young women, Sierra and Indi, as they try to find their place in a fictional kingdom where the king, grieving from the death of his wife, has neglected his people and allowed a rebel youth gang to rise up.

“For me, ‘Foxes’ is a story about people just trying to find where they belong,” says Parnell. “I think that’s something that resonates with a lot of the people who are in this show, because we’re all in this world finding our home and finding our place.”

There’s a focus on family, friendship, home and the stigma surrounding disability. Each main character, they tell “CityNews”, represents a different form of physical, mental or emotional disability.

“I’m really enjoying being involved with a director who is also the writer and a musical director who is the composer, all around my age,” says “Foxes” cast member Brittany Lewis, 21. It’s a sentiment echoed by graphic designer Beth Marks, 19, who says it’s “an opportunity for young people to show our community what we can do and the talent we have”. 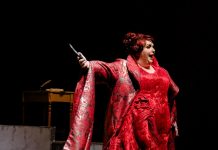 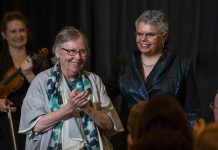 Nick Overall - April 9, 2021
0
After voicing concerns about Yerrabi Pond's safety, cleanliness and accessibility, the Friends of Yerrabi Pond have now gained more than 1000 signatures for their petition to see the area cleaned up and refurbished.