HELD together by a strong volunteer-base, Canberra’s first dog training club, the ACT Companion Dog Club, will celebrate 60 years in the community on April 15.

Established in 1958, the club’s first location was, ironically, on Collie Street, in Fyshwick but moved in 1983 to Narrabundah Lane, Symonston, where it remains – and where it will hold its birthday celebrations.

As it happens, the club was founded in the Chinese Year of the Dog and coincidentally will be celebrating its birthday in the Year of the Dog at its open day, which will showcase dog obedience and dog sport demonstrations, as well as “come-and-try” activities for owners and their dogs.

Senior vice-president and trained historian Anne Robertson says it’s a great achievement for any community-based club to survive for 60 years.

“We’ve only been able to go on for this long because members of the club have been willing to contribute,” says Anne, who has been with the club since 1990.

The initial intent of the club was to help owners train and look after their dogs properly so they weren’t a social nuisance, which, looking back, Anne says was quite visionary.

“Dog training was still very, very new at that time and techniques had come out of police and military dog training,” she says.

“The methods at that time were a lot harsher than the methods we use these days.

“They were harsh and authoritative because they reflected the knowledge at the time, but the club has been a reward-based,  force-free training club, which means we haven’t used harsh methods since 1999.”

Club president Lesley Pothan, a mother of three and a grandmother of eight, finds that the historical changes to raising a child are similar to having a dog.

“Once upon a time children had been seen and not heard but now people listen and communicate with them,” she says,

“With dogs, we work with them in a much more respectful way, rather than being dominating.”

Lesley, who has a fluffy shih tzu says people also need to be mindful of how dogs are treated to prevent them from becoming aggressive.

“A lot of people think that dogs are ‘fur babies’ but they’re not, they’re dogs and their innate needs, need to be satisfied,” she says.

Anne, the owner of three Setters; Derry, Trouble and Kilty, agrees with Lesley and says one big misunderstanding with pet owners is they don’t necessarily understand the needs of dogs and so having a working dog in a small garden means it will get antsy.

“Lifestyles are quite different now and dogs are often left alone for long periods of time,” she says.

Anne says the club’s access to dog sports, provides them with an outlet so they exercise both mentally and physically.

With about 800 members at a time, Anne says the club attracts at least 400 new members a year and runs more than 50 classes a week for members wanting to train their dogs to become “good canine citizens”.

The club offers traditional dog sports such as obedience training and tracking, as well as, fly ball, agility, K9 disc, Rally-O and dances with dogs.

“Any dog can learn new tricks, it doesn’t matter if the dog is old or young,” Anne says. 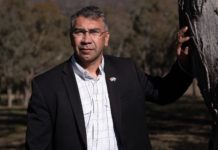