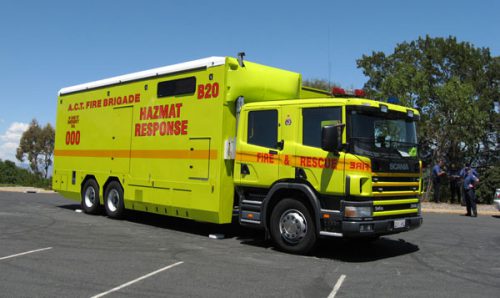 A TOTAL Fire Ban will be in place tomorrow, February 14, due to predictions of wind and temperatures of up to 33 degrees.

The ban begins at 12am, tomorrow, and will continue until 12am on Thursday, or for as long as the Fire Danger Rating (FDR) is set to “severe”.

ACTESA says if a fire starts at the forecast fire danger level of “severe” it may be uncontrollable and move quickly, with flames potentially higher than rooftops.

Embers would also be expected to be blown around and spot fires may occur up to four kilometres ahead of the main fire.

ACTESA says is a chance people in the path of a fire may be injured or die. Some homes and businesses may be destroyed.

Leaving early is the safest option for your survival.

The following nature reserves and roads will be closed for the duration of the Total Fire Ban:

If a fire starts, the ESA advises you monitor the situation for any changes through the ACT Emergency Services Agency website esa.act.gov.au, the ESA Twitter and Facebook accounts, local ACT media outlets or by calling Access Canberra on 13 22 81.

0
"There’s no rule requiring everybody on the planet to be sweet and affectionate. But in a movie about a bossy woman like June, presenting her as a bundle of laughs, gaiety and family unity is not easy." DOUGAL MACDONALD reviews "June Again".