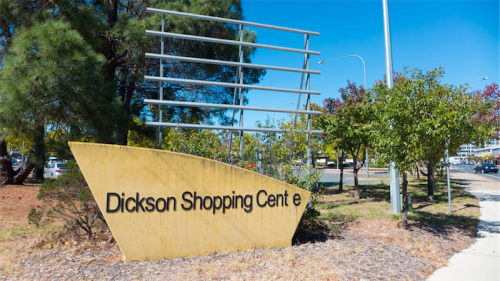 WHEN the news filtered through to locals that Coles was now asking the Supreme Court to consider the proposition that ACAT had got it wrong in throwing out the DA by Coles for the supermarket complex in Dickson, things just became even weirder with planning in Canberra. You would have thought that this was not possible.

People have asked about the action by Coles attempt to get the Supreme Court to hear their case against ACAT. This it is not easy to explain. So here goes. Please note that as I type, things could be changing.

The fact that Coles, having lost out to the challengers that included local residents, took the decision to involve the Supreme Court was not a complete surprise. They had launched such challenges about the jurisdiction of ACAT during the 2016-2017 appeal. People speculated that this was the reason that ACAT took over a year to deliver their decision. They took a lot of care in how they framed their reasons for throwing out the Coles’ DA for the supermarket complex.

Speculation is that Coles is doing what many other corporations and possibly some local agencies would like to do. It is not a secret that here in Canberra and in other jurisdictions the big end of town want administrative appeals tribunals, such as ACAT, to have their power and influence reduced.

Right now we are waiting to see if the Supreme Court will hear the case. If not, that will be the end of it and Coles will have to go back to the drawing board. If they do then it gets messy as all the players will probably get dragged in to have evidence extracted (it will be painful) to assist the Supreme Court decide whether ACAT should be ruled against in their decision making. If that goes against ACAT, the whole thing may go back to a new ACAT panel for a decision under reduced jurisdiction. After that who knows, except that ACAT would be a smaller version of what it was meant to be.

This whole mess came about because of the sale of the carpark next to Woolworths so the site could be developed as a complex for two supermarkets, a car park and a block of apartments. This was the tender that only one developer bid for and won. That "lucky winner" was Coles/Doma. It was an awful tender and people did speculate that there was a reason why all the other developers stayed away.

It was the former Land Development Agency that brought all this trouble on everyone through this tender and now that they have been disbanded, it is the City Redevelopment Authority that has the jurisdiction over the future of this site in Dickson. One would have hoped that they, or maybe one of the Ministers involved (and there are a couple), would want to short circuit these messy and very expensive legal battles and call everyone in for some mediation to seek to a solution. No one is surprised that this has not happened despite several requests. No interest apparently. They are all sitting there on the fence – watching.

Surely our planning agencies and their ministers would want to protect ACAT and would like to see Coles spend their money on new architecture rather than lawyers. Sadly not one person in government of any colour or persuasion has stepped forward. We have heard some of them come out with clichés and spin, but no action. This city seems to be bereft of leadership when you want it.

Let’s hope the Supreme Court throws Coles out and let’s hope that Coles then go away to bring forward something architecturally acceptable. As residents have said many times, it is not the supermarket that has been rejected by the residents, it is that building.

Hidden in plain sight among these legal goings-on is one enormous threat to the democratic aspect of how planning and development should be undertaken by the ACT government. So the question is, who benefits if Coles wins this case?

To paraphrase Warren Zevon: It is has come down to “Big lawyers, big guns and big money”.