THE girl’s eyes are drawn skywards, something is suspended there she can neither adequately describe nor fully comprehend.

Almost as one, the other teenagers look up from their mid-morning schoolyard pursuits, becoming similarly transfixed.

Finally one breaks apart, rushing off to find her teacher, garbling about “things in the sky”.

Soon, an assembled group of students and staff numbering near 200, watch on as an unidentifiable flying object now “dances” above them, before landing briefly in an area nearby. An adult present has the sense to take photos – the camera and its contents later confiscated by “authorities”.

This is Westall High School, Melbourne, April 6, 1966, around 11am on a fine autumn day. It is perhaps the most famous UFO encounter in Australian history and one of the largest mass sightings in the world. More than 50 years on, it remains unresolved.

Despite some recent claims in local media that Canberra’s history is “bereft” of such startling happenings, the capital region has in fact been a hotbed of similar, seemingly inexplicable aerial phenomenon.

Between 1957 and 1967 alone, 12 instances were reported to the Directorate of Air Force Intelligence, headquartered in Canberra, for investigation. Two among these once classified “UFO Files” to cause a sensation occurred just days apart in the skies over the nation’s First City in July, 1965.

On the 15th of that month, a “stationary silver object” was witnessed above the airport by its manager, air traffic controllers and two pilots. Three days later, in the same area, multiple reports were made of a “white object with a tail”. The official response was standard, if inconclusive: potentially an appearance of the planet Venus, a meteorite, or a weather balloon.

And July it seems, is a particularly active time in the province. More than a decade earlier, before the wondering eyes of a pair of apparently credible witnesses, “the first recorded” occurrence took place (there had been another in 1948, dismissed as night manoeuvres at Fairbairn aerodrome).

Late on a winter’s afternoon in 1954, as they travelled the darkening road between the mining hamlet of Captains Flat and Queanbeyan, two Yarrowlumla Shire Councillors (no casting of aspersions, please) stated they saw a “strange, fast-moving aerial object near Foxlow Station”. Initially believing it to be a meteor, it then “flattened out at about 500 feet”.

“Nocturnal lights” had previously been reported close to the location and a matter of weeks later “a daytime disc” was seen back in the vicinity of the ACT.

August 3 saw what’s believed to be the first known case of the unexplained captured by radar in Australia, also in this region.

Pilot Lt Farrell, on a night flight between Canberra and Goulburn, “observed two lighted objects flying close to his plane and at a faster speed”.

The Nowra Naval Air Station, to which the situation was radioed, “fixed his position and reported that the screen showed an echo of another object moving along with his Sea Fury” – and which then “disappeared”.

It would later be confirmed that the only other aircraft in the general area was a larger TAA Convair. That something was tracked and unable to be identified would eventually be formally acknowledged by Navy Minister Josiah Francis.

Fast-moving “greenish-yellow” lights, a “mother ship”, “circular, glowing objects”, all were said to be witnessed in the territorial heavens at regular intervals. Such was the interest generated by all of this potential extraterrestrial activity, in 1967 a Canberra UFO Research Society came into being with a membership of 28.

And still the apparent close encounters went on.

Three years before the mysterious and still unaccounted-for disappearance of 20-year-old Frederick Valentich as he piloted his Cessna between Melbourne and Tasmania – his unsettling final transmission revealing something hovering above him that was “not an aircraft” – Canberra looked to be the subject of one of the larger multiple sightings in the country.

In 1975, again at the similar time of July 25, radio station 2CA received calls from 20 individuals claiming to have seen an unidentified blue-green craft moving “east to west and apparently dipping as if to land”. It appears no conclusive explanation was evinced.

Numerous accounts continued to emerge, as recently as the beginning of 2018. Some are more easily explainable or waved aside; others still pose questions.

The 1975 book “UFOs Over the Southern Hemisphere” revealed “quite detailed records of UFO sightings” were kept by the RAAF – from 1960 to 1973, 815 cases, although only three per cent were “not readily explicable”. Raising the eyebrows of conspiracy theorists everywhere, according to the Department of Defence, despite extensive archive searches, these files have vanished – either destroyed or unable to be located.

As such, given the time of year, if you really want to know if the truth is out there, best keep your eyes peeled and your smartphone at the ready next time you’re hanging out the washing – and be sure to post before the men in black arrive. 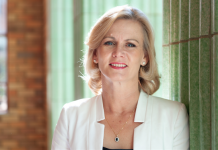 There’s rarely been a dull moment in Eden-Monaro

CityNews - July 10, 2020
0
The Shooters, Fishers and Farmers Party of the ACT has officially registered for Canberra's October election.