LAST week, I was approached by a patient looking for a second opinion. The week before she had been to a retail hearing-aid store in her local shopping centre hoping to get some advice regarding her hearing loss.

As a pensioner, she should have been able to claim free hearing aids as part of the Australian government’s hearing-loss scheme under the Office of Hearing Services, but when she inquired about the program she was told by the salesperson that the government-issued hearing aids were of poor quality and inadequate for her needs.

The salesperson insisted what she needed was one of their more expensive hearing aids, priced at more than $7000 for a pair.

Anxious about not being able to afford what seemed to be a necessity, she reached out to a friend who suggested she make an appointment with me for a second opinion.

After consulting with the patient and looking over her results, it became clear to me that the assessment from the shopping centre was completely wrong.

The patient had had surgery on one ear 20 years ago which had resulted in worse hearing loss in that ear and not the other. Yet the “hearing test” from the shopping centre showed that her hearing was equal in both ears.

Was this because the tester was incompetent or the equipment was faulty? Or was it just an attempt to cover up a medical condition that would have required the patient to be seen by a doctor before hearing aids could even be considered for her?

It is likely we’ll never know the answer, but any of the above explanations would be unacceptable.

We need to speak out and about what is going on in the hearing-aid industry if we want change. Anyone who has a similar story can report it to the ACCC.

If you would like to have a complimentary second opinion with Dr Vass please call 6282 2717 to make an appointment.

More boys and girls come out to learn 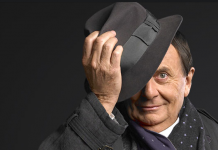