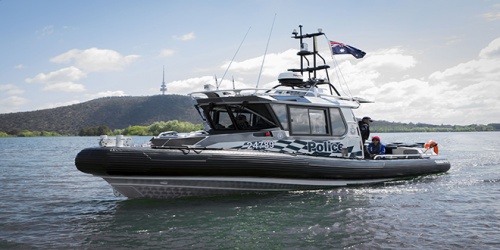 She says the two boats, named “Ngunnawal” and “Yhuuramulun” represent the people and pathways of local indigenous communities.

“Ngunnawal” is a general purpose patrol boat, which Justine says is faster than its predecessor, allowing quicker access to all parts of the lake and improved response times during water rescue operations or emergency evacuations. The boat is also designed for search and rescue with the ability to tow vessels in distress.

“Yhuuramulun” is a custom built, rigid hull inflatable boat (RHIB) that can be transported by road to other ACT waterways.