A SHONKY fencing contractor who ripped off scores of locals has been jailed for 18 months in NSW.

In 2012 NSW Fair Trading issued several warnings over dealing with Matthew Geoffrey Rixon, trading under at least five different business names and aliases. Rixon, based at Queanbeyan, would enter into contracts to supply and install fencing and decking but once a deposit was made often failed to complete work or carried out shoddy work.

Mr Haridemos has stood down as vice president of the Hellenic Club after the photos, including one of him standing over a dead elephant in Africa, were published. Spokesperson for the Canberra branch of Animal Protectors Alliance, Frankie Seymour, says: “Naturally we are appalled that anyone gets pleasure out of killing sentient animals and disgusted that anyone should then want to boast about it.”

A VILE bullying campaign in the early ’90s threatens to tarnish the stellar career of Canberra-bred comedians the Doug Anthony All Stars. Journalist Candace Sutton has written a piece in the #metoo mode detailing a series of offensive faxes sent to her by founding DAAS member Tim Ferguson in response to a negative review she had written. Ferguson has issued a statement saying “Tim Ferguson, Paul McDermott and their former colleague Richard Fidler, express an unreserved apology to journalist Candace Sutton for behaviour towards her that was both offensive and unprofessional.”

BLACK sashes draped across the “Kambah Sheep” sculpture on Drakeford Drive provide a respectful gesture following the death of Matthew Harding, the artist who created the piece. The Canberra sculptor, whose public art is featured around the world and includes “The Cushion and Wedge” in Garema Place, Civic, has died in Victoria at the age of 53.

JACQUI Lambie may have been unceremoniously punted from Canberra but she’s determined to return. The former independent Tasmanian senator told a capacity crowd at the ANU launch of her new book “Rebel with a Cause”, she is prepared to do whatever it takes to win back her Senate spot. The leader of the JLN was in top form, questioning Tasmanian activist Michael Mansell’s indigenous heritage and calling former PM Tony Abbott “a little bugger” over his stance on same-sex marriage. If a thick hide and a talent for self promotion are what it takes, the former soldier will be back.

THE following night the Copland Lecture Theatre hosted orthopaedic surgeon Dr Munjed Al Muderis who began his training at ANU. The activist and now world leader in his field shared an amazing story of being forced to flee Iraq at the risk of facing a firing squad after refusing orders from Saddam Hussein to mutilate deserters. After arriving in Australia by boat Dr Al Muderis was detained in the Curtin Detention Centre for 10 months. He now divides his time between pioneering revolutionary technology and advocating for refugees.

IN the ’80s rock guru Molly Meldrum spearheaded a cheezy TV commercial to convince kids that wearing a bike helmet was cool. The campaign featured an awkward Meldrum swapping his signature Akubra for a dorky looking stack-hat. Over 30 years on, ACT Greens leader Shane Rattenbury suggests the “uncoolness” of wearing bike helmets may be the reason more aren’t riding bikes. Rattenbury argues: “If removing the requirements for helmets actually encourages more people to cycle, and the overall health benefits that come from that outweigh the risk of immediate trauma from an accident… it’s a question worth asking”.

DESPITE relentless warnings of the dangers of driving through flood waters some Canberrans were still prepared to try their luck during the one-in-a-100-year flood. Large four-wheel-drive owners, obviously starved of the authentic off-road experience, ploughed through flooded waters dangerously spraying high sheets of water over smaller vehicles wisely opting to give the lakes a wide berth. 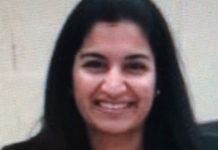 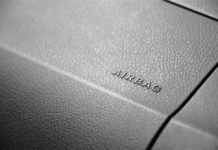 Sponsored Content - February 26, 2020
0
Fyshwick is a busy commercial hub well-known for the enormous range of different businesses that call it home. This is a sponsored post.