“The Tuggeranong house has been sitting there unfinished and being quietly dangerous and unpleasant for 16 years. The planning and regulatory bureaucracies have allowed this to continue unchecked. They should have cancelled the lease,” writes Canberra Matters columnist PAUL COSTIGAN.

WHAT happens at street level can point to the more serious problems that underpin the whole of planning as run by the ACT’s planning ministers and their directorates.

Here’s a local story. Someone bought a residential lease in the southern Tuggeranong suburb of Banks. The lease was confirmed in 2003. Before the construction gets to the roof level, everything stops. The builder puts a metal wire fence around the mess and disappears.

While this site, 54 Paperbark Street, attracts rubbish, the street itself goes through the usual changes. People move into new homes and then, over time, people move on to be replaced by new owners.

Meanwhile, right in the middle of this suburban street sits this decaying construction site that has become a hazard – kids get in and play around and more rubbish arrives.

Before anyone thinks that someone must be about to do something, it must be understood that people have been waiting 16 years and still the site is a mess with the partly built walls decaying even more.

One resident noticed that the metal wire fence has a firm’s name on it, so takes direct action. A phone call later and it is confirmed that the builder is still paying for the fence to stay. The fencing company does the right thing and gets the fencing repaired.

Off go the letters to the politicians. And we all know the process from here! This Labor/Greens Government has well-honed skills at ignoring residents. The letters get acknowledged but passed on to someone else, with one bureaucrat acknowledging that there is a lease problem.

This residential lease is now 16 years old and despite the usual lease requirement that things get going and be finished within a couple of years, this mess has been sitting there unfinished and being quietly dangerous and unpleasant for far too many years. The planning and regulatory ministers and their bureaucracies have allowed this to continue unchecked. They should have cancelled the lease.

The last word was that the builder had been contacted and would be selling in June this year. And today it is what month? Maybe Murphy’s Law struck again with that wayward spanner messing up those plans for the promised quick sale.

The queries into what is going on have led people to believe that somehow this lease holder may be getting special treatment and allowed to ignore the basics of the leasehold system here in Canberra.

The planning and regulatory processes seem again to have favoured a builder/developer at the cost of a neighbourhood. 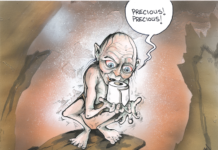 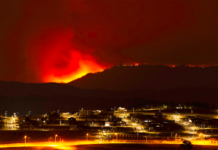 The old normal is gone forever, so what’s next?