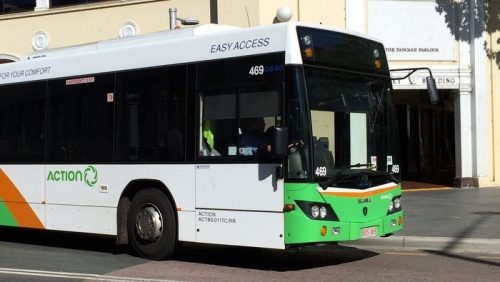 THE ACT government will cut weekend bus routes to address unreliable weekend services, according to Transport Minister Chris Steel, who made the announcement today (August 16).

The ACT Greens have since come out and expressed its disappointment in the ACT government, with ACT Greens Transport spokesperson Caroline Le Couteur saying cutting weekend routes is unacceptable.

“Everyone deserves a public transport service,” says a shocked Ms Le Couteur, who had only announced two days ago that the ACT government had committed to a month-long action plan to investigate the weekend services and make them more reliable.

“It’s particularly concerning that with suburban routes cut, it appears that some people will have no bus service over the weekend.

“Instead, we heard this morning that the government will simply cut buses. This isn’t a real solution.”

Minister Steel said there will be revised changes effective from September 28, which has led Ms Le Couteur to ask:”What is going to happen between now and 28 September?”

Following the announcement, Shadow Transport Minister Candice Burch has also expressed her concerns saying that this is a very clear admission that Mr Steel has been unable to deliver the weekend bus network that was promised to Canberrans.

“Instead, people relying on public transport over the weekend have been forced to wait for long periods, sometimes without knowing if their bus will ever show up.

“Mr Steel has also continuously refused to publish a list of cancelled services, instead instructing Canberrans check the NXTBUS app 90 minutes before their journey.

“Now, rather than fixing driver shortages, the Minister has decided to just cut the weekend services that Canberrans were promised.”

Minister Steel says that the most popular elements of the new transport network are proposed to remain:

While Transport Canberra is still working on the weekend timetable adjustments, Mr Steel says it’s likely that local route buses will run less frequently, up to every two hours.

He says this will be completed shortly with a revised weekend timetable proposed to be introduced on Saturday, September 28, at the end of the current school term.

Minister Steel says the ACT government was continuing to work on a plan to improve reliability on the weekend by recruiting more drivers.

“A key action is that Transport Canberra has now moved to a rolling recruitment campaign for bus drivers, rather than just once a year,” he says.