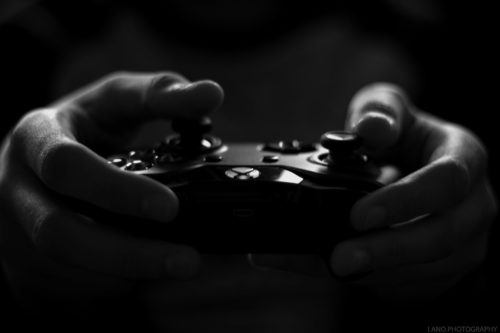 HEAVY gamers are more likely to purchase alcohol brands that sponsor an online game they play or watch, and drink more alcohol when gaming, according to new research released on esports.

The Australian-first research titled “In their sights: The digital dark arts of alcohol marketing” will be launched in Canberra today (September 11) at a forum hosted at Parliament House by the Foundation for Alcohol Research and Education (FARE) and the national “End Alcohol Advertising in Sport” campaign.

The study found addicted gamers and heavy gamers (those that played or watched three to four days per week or more) drink more heavily and drink more frequently than casual gamers.

Lead researcher associate Prof Sarah Jane Kelly from the University of Queensland says her research shows that the burgeoning billion-dollar esports sector, which combines sport and entertainment – bringing together players and followers – is a lucrative platform for advertising of alcohol, betting, energy drinks and fast food.

“Esports is rapidly becoming the largest entertainment industry in the world, with an audience of 500 million globally and more than $1 billion in revenue annually,” she says.

“And although competitive online gaming is still emerging in Australia, with an audience of four million people, our study has found esports is already a highly successful environment for alcohol companies to reach minors and young adults.”

Ms Kelly says this is partly due to unique factors that include a greater range of sponsor activations and the lengthy duration of audience participation.

“Our findings highlight four factors that make digital regulation a priority issue: the high prevalence of unhealthy product advertising; the monetisation and growth of esports; the complete absence of regulation; and last, but not least, the fact that more than half of the study cohort would be considered addicted gamers,” she says.

Ms Kelly says the explosive growth in esports was further highlighted by last week’s announcement that the largest esports venue in the southern hemisphere would open in Melbourne in 2020.

She Kelly says bringing esports into line with governance mechanisms associated with traditional sports, while not a replacement for effective government regulation, would be one way to introduce greater scrutiny and governance.

“Esports could be brought into the sports tent and subject to all the rules and conventions that apply to ‘recognised’ sports. That is not in of itself a replacement for effective government regulation, but certainly worthy of consideration,” she says.

“Alcohol marketers are capitalising on high-tech advertising models, trickery and tactics that target Australia’s love of sharing cultural and sporting moments, in life and online,” he says.

“The lack of legal protections to stop alcohol companies and digital platforms directly targeting vulnerable people, especially children is a grave concern. The Federal Government must now make it a top priority, to respond to the recent ACCC report,” he says.