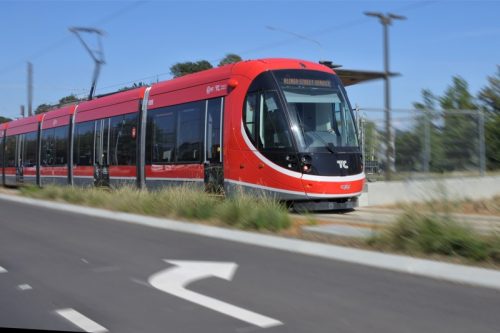 Ms Burch, the opposition’s transport spokesperson, says that under her questioning at Estimates hearings on Friday (June 21), government officials confirmed that $446,000 was spent on the launch party.

“The real cost of the light rail launch party has finally been revealed, and it is much greater than the $100,000 figure the government originally reported,: says Ms Burch.

“There are so many Canberrans who are in considerable financial distress because of Labor’s unyielding rates hikes.

“To learn that the Labor-Greens Government has spent almost half a million dollars of ratepayers’ money to throw a party is staggering.

“This is another example of how the government is so reckless with ratepayers’ money.

“I think many Canberrans would be shocked at this unnecessary expense.”

Belinda Strahorn - September 23, 2020
0
There are 25 seats up for grabs in the October 17 ACT election and there is one seat in each of the five electorates of five members that will effectively decide the election – the fifth seat. This week we look at Murrumbidgee.