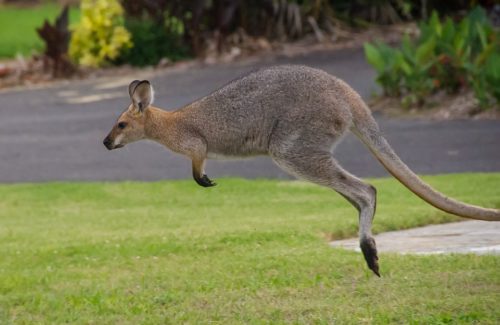 CANBERRA has recorded more collisions between motorists and animals than any other Australian city, according to AAMI data.

According to the data, the biggest “hotspot” is Canberra followed by Kambah. Hume is the third biggest hotspot, with Tuggeranong fourth and Belconnen fifth.

ACT motorists are most likely to collide with a kangaroo (96 per cent), a wombat (1 per cent) or a wallaby (1 per cent), although, collisions occurred with dogs and foxes too.

On a national level Canberra comes in first followed by Wallan then Heathcote in Victoria. Gisborne comes in fourth and then Goulburn fifth.

The data also comes with a warning and AAMI spokeswoman Ashleigh Paterson says the peak in animal collisions is winter.

“As the days shorten, motorists are sharing the road with animals for longer periods of time as they are most active during dawn and dusk,” she says.

“Wildlife is unpredictable, so we encourage drivers to always expect the unexpected on the road, particularly in signposted wildlife areas.

“Simple things such as being aware of your surroundings, driving to the speed limits, and being extra vigilant at dawn and dusk can help keep you and our wildlife safe.”

AAMI’s tips for sharing the road with animals:

Sponsored Content - February 26, 2020
0
Fyshwick is a busy commercial hub well-known for the enormous range of different businesses that call it home. This is a sponsored post.