Chef Venkatesh Ramachandran is bringing his distinctive and popular Indian cuisine to his newly rebranded restaurant, Indian Accent. This is a sponsored post.

AFTER a brief stint in Queensland, chef Venkatesh Ramachandran is back in town, bringing his distinctive and popular Indian cuisine to his newly rebranded restaurant on West Row, Civic, called Indian Accent.

Known for his passion for cooking regional dishes and his warm hospitality, Venkatesh has called Canberra home for 30 years, putting his stamp on a number of restaurants over this time.

He says he has recently re-acquired ownership of the Copper Chimney restaurant in the Melbourne Building and is excited to launch the restaurant under a new name and management.

The meaning behind the name is a nod to the regional diversity of the people of India and regional cuisines and flavours.

“In India, every state has its own dialect. With over 300 languages spoken, it’s common to hear someone’s accent and know immediately what region they come from,” says Venkatesh who was born in the south of India and has family living in Bombay.

Venkatesh says that the same applies to Indian cuisine, as there are particular flavours and spices that are distinct to each region.

Venkatesh says that Indian Accent has a range of authentic recipes from across the country and prides himself on signature dishes such as “the hottest vindaloo, the smoothest butter chicken and delicious dal makhni”.

Indian Accent also offers in addition to their a la carte menu, an Indian-style tapas menu or a degustation-style menu and takeaway.

Venkatesh says that Indian food lends itself well to vegetarians and also offers plenty of vegan options. Indian Accent is able to cater to any dietary requests.

“All our curries are gluten free and the meat we use is halal,” says Venkatesh.

“I love Canberra. The people have been so loyal to my restaurants in the past and I look forward to welcoming old and new customers again to the new restaurant,” says Venkatesh.

An important part of Venkatesh’s team for more than 30 years has been chef Manojan Karikkattil, who remains as chef at Indian Accent, after heading up the previous restaurant for the past 10 years.

Manojan has worked with Venkatesh in all of his restaurants, including in five-star hotels in India before Venkatesh moved to Canberra. He says that together they make a great team in the kitchen.

“Manojan is such a loyal employee, he’s become a member of the family and a close friend,” he says.

Venkatesh enjoys visiting his mother in Bombay every year and gets inspired by what he experiences there, bringing new ideas and inspiration home with him, including the decorative artefacts in the restaurant. Indian Accent caters for weddings and functions from 50 to 500 people. They also have a private dining room that can seat up to 40 people.

“Office Christmas lunches are a great way to enjoy a banquet in our private dining room and have a special celebration,” says Venkatesh. 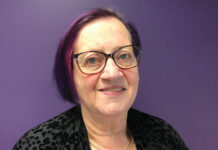 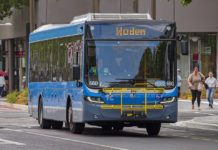 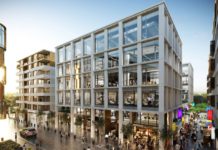 Cedric Bryant - January 23, 2021
0
In today’s gardens hollyhocks appear to be rarely grown. And yet they have a place in most gardens with large flowers on tall, stately stems up to two-metres tall, says gardening columnist CEDRIC BRYANT.